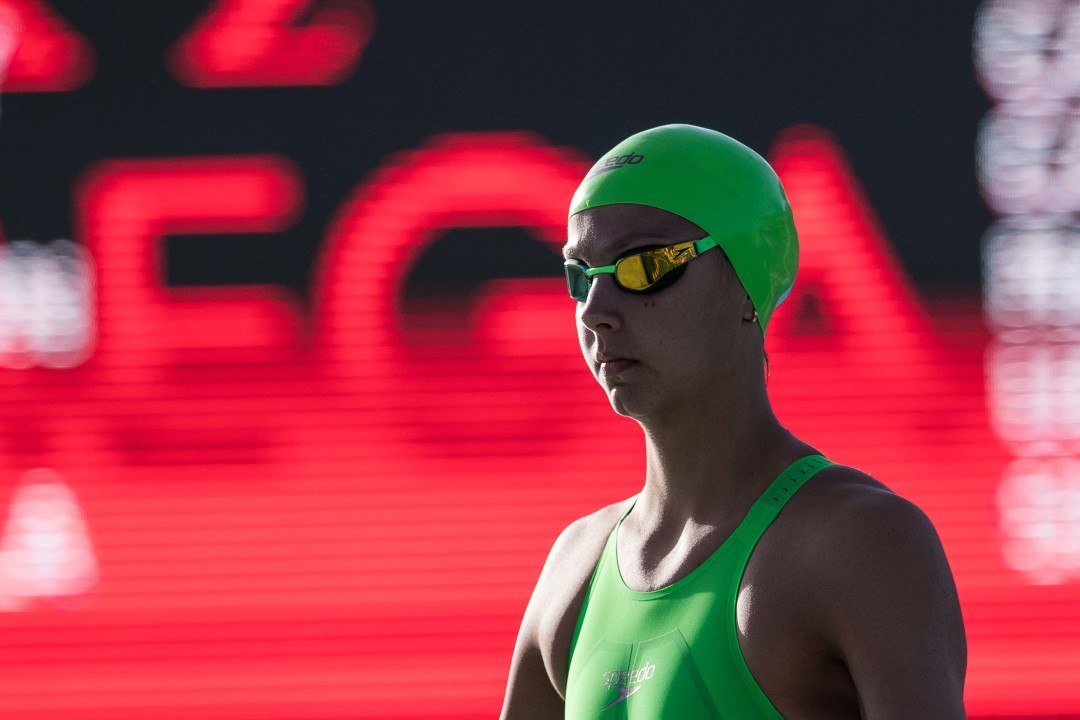 Most South American countries have underperformed thus far at Worlds. Limited rosters and missing seeds indicate that they're focused on Pan Ams instead. Archive photo via Mike Lewis/Ola Vista Photography

Over the past 5 days in Gwangju, there has been a noticeable absence of evening swims from countries not named “Brazil”. In fact, Brazil is the only South American country so far to have advanced a swimmer out of the preliminary rounds at the meet. Among the other 11 South American nations represented at the meet, there are far fewer entries than 2017: down from 105 to 76.

Leading this trend are the continent’s next 3 sporting power players after Brazil: Argentina, Colombia, and Venezuela. In combination, those 3 (which represent 3 of the 5 countries that have won swimming medals in the history of this meet, and 3 of the 5 biggest populations in South America), entered 52 swims at the World Championships in 2017. In 2019, they are combined for just 22 – a 58% reduction.

The likely decrease is a huge focus on the 2019 Pan American Games, which still carry great cultural significance in South America and will be hosted in Peru this year: a South American country.

Some of these power players have explicitly said that the Pan American Games, where they have much stronger chances for medals, are their focus. Argentina, for example, is sending 17 to Lima but only have 3 pool swimmers in Gwangju. They said that they intended to not have a presence at the World Championships, but feared retribution from FINA for non-participation.

These countries have also been challenged to beat their seed times. The continent as a whole has been slower than seed in two-thirds of their swims and faster in one-third. Colombia, for example, has not had any swims beat seed times yet at this meet.

During the men’s 100 free final, Brazilians Marcelo Chierighini and Breno Correia finished in 5th and 8th respectively. While Brazilian Etiene Medeiros failed to defend her 2017 title in the 50 back, she was able to earn a silver medal for Brazil.

Lol why would they prioritize Pan Ams vs Worlds??? Maybe they are just swimming poorly and that’s that

If you read the article you’ll understand