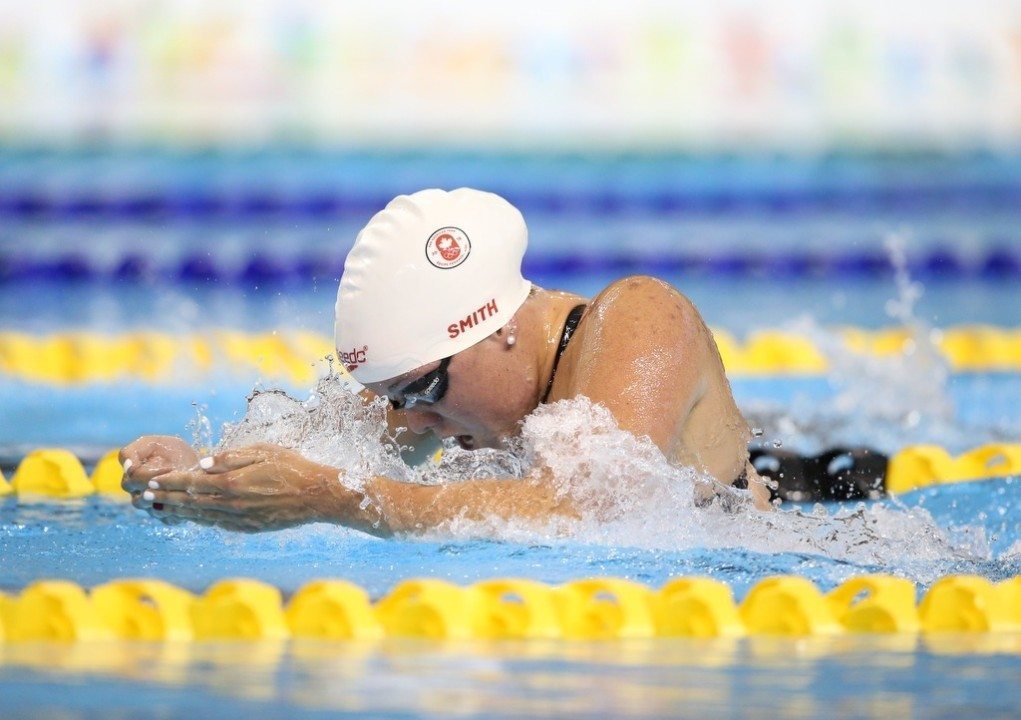 Canadian Olympic team members Kierra Smith and Yuri Kisil both picked up two wins on the first night of competition at the Mel Zajac Jr. International.

Smith and Kisil were not the only Olympic team members in action on Friday night. Richard Weinberger, who won Olympic bronze in the 10km, picked up the win in the men’s 800 freestyle posting a time of 8:21.12 while Markus Thormeyer won the men’s 200 backstroke in a time of 2:03.19.