Sjöström Still Strong on Relays, Splits 1:54.9 on 4×2 in Landskrona 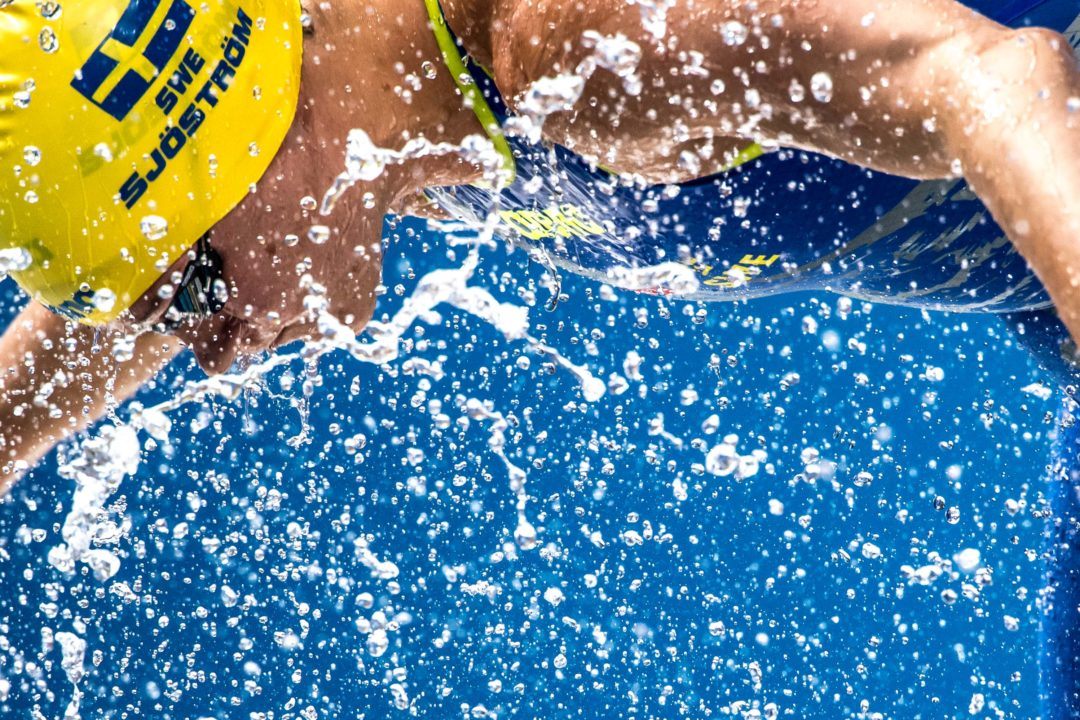 This is her first time under 24 seconds in the 50 free this year. Archive photo via Mike Lewis/Ola Vista Photography

Sarah Sjöström has dropped the 200 free from her primetime schedule for international meets, but she will still race the event from time to time. Tonight at Swedish Nationals, she split a 1:54.98 on club Södertörns’ 5th place 4×200 free relay. She was out in 55.41 and came back in a 59.57 — her NR in this event stands at 1:54.08, the silver medal-winning time from Rio.

Sjöström won the 50 free tonight in Sweden with a 23.96, about two full seconds ahead of 2nd place Magdalena Kuras (25.90) and 3rd place Louise Hansson (25.91). The world record holder’s best time is a 23.67 from last summer, though she’s been under 24 seconds countless times.

In fact, she posted 23-second 50 free’s on six different occasions from January – July of 2017 leading up to the World Champs. Read more about those six swims here. She was 23.85 at the 2017 Swedish Nationals,  eleven hundredths quicker than she was tonight.

Sjöström now moves up from #5 in the world this year to #3, with Australian Cate Campbell still on top with her 23.78 showing at the 2018 Commonwealth Games from April.

Louise Hansson continues to progress in the 100 back, taking the event win tonight at 1:01.21. Her previous best was a 1:01.77, done at the Speedo Grand Challenge in California in May. If she continues to lop off more time, Sweden could work her into the backstroke leg for a potentially dangerous medley relay with her sister Sophie on breast, Sjöström on fly, and perhaps Michelle Coleman anchoring.

I know we were spolied rotten last year with 23s, but finally we have on in ’18.

And she’s fully untapered… I think she’ll do well in Europeans in a month or so.

Coleman is not doing any international meets this summer (ie no Euro champs).