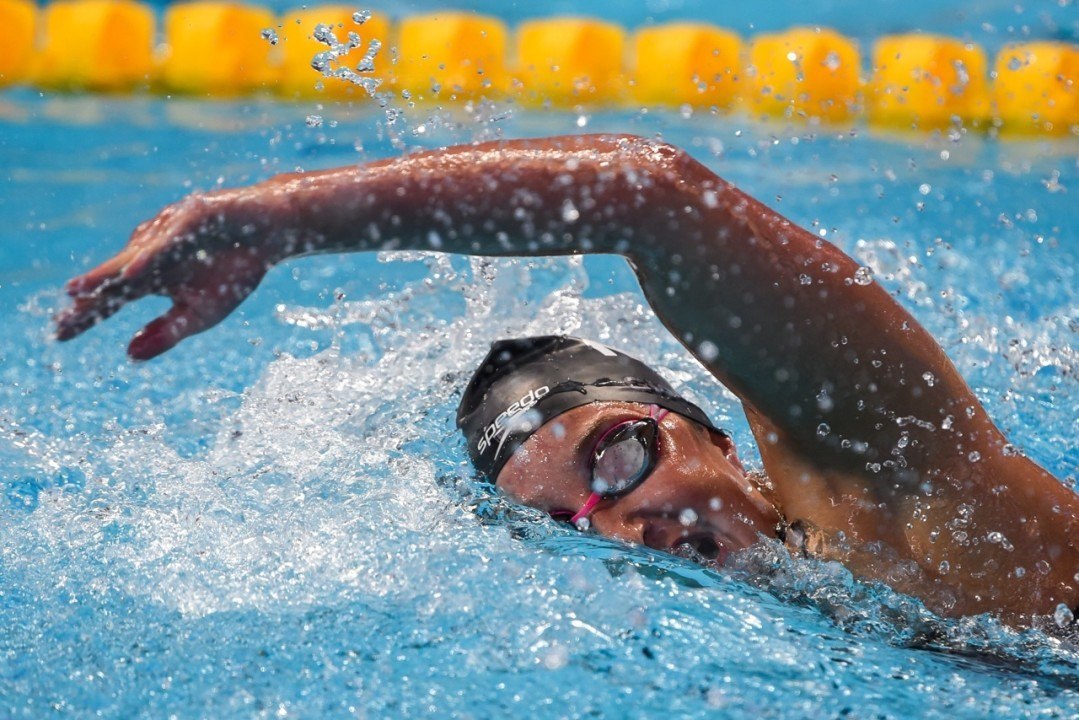 Emma Robinson notched a Pan Pac qualifying time in the 1500 free on the final day of the New Zealand Open. Archive photo via Peter Sukenik/www.petersukenik.com

The final day of the 2018 New Zealand Open Championships wrapped up on Friday from the Sir Owen G. Glenn National Aquatic Center in Auckland, with 23-year-old Emma Robinson earning her second Pan Pac qualifying time in the women’s 1500 freestyle.

In the men’s 100 free, 24-year-old Daniel Hunter got out to a big lead early and managed to hang on for the win, clocking 50.01. Though his personal best of 49.11 at the Commonwealth Games was just outside of the 48.93 qualifying time, he’s qualified to swim in Tokyo in the 50 free and thus will be able to compete in this event as well.