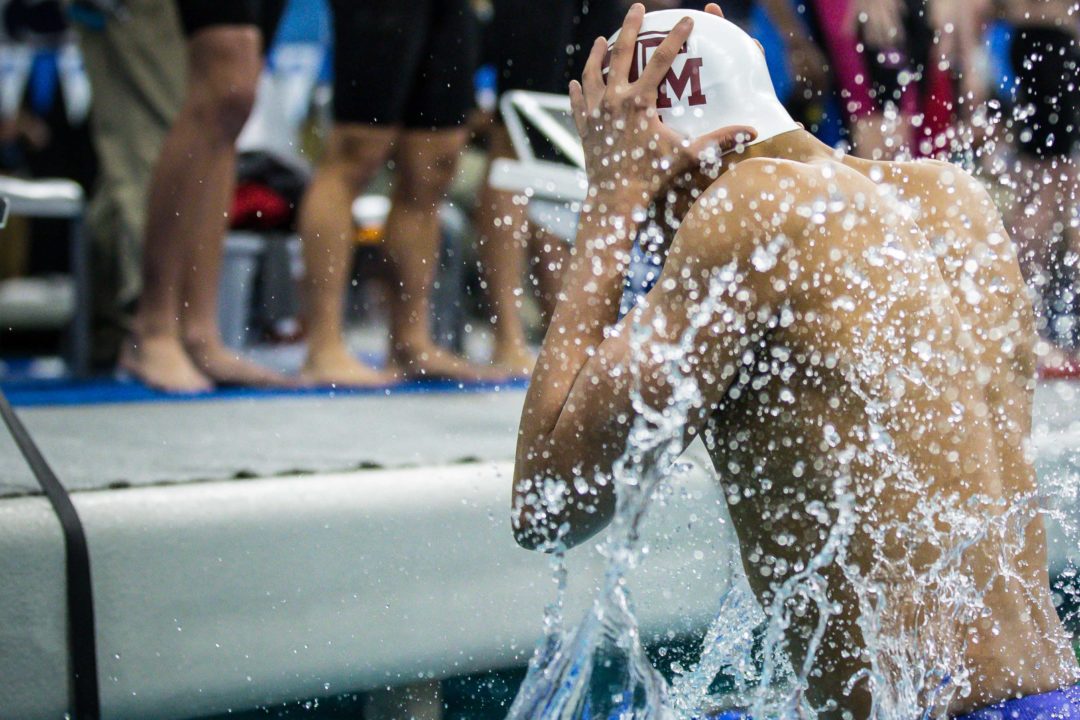 With that, he took down Florida Olympic Champion Ryan Lochte's SEC Meet Record, which stood as a 1:38.29 set back in 2005. Archive photo via Jack Spitser/Spitser Photography

Lochte’s swim was the oldest men’s Meet Record still on the books in yards. That honor now falls to Auburn’s 400 free relay from 2009, which clocked in at 2:46.03 with a team of Jakob Andkjaer, Gideon Louw, Kohlton Norys, and Matt Targett.

Casas’ time tonight is faster than it took to win last season’s NCAA Championships. He’s now the 5th fastest performer in history, moving ahead of Olympic Champion Tyler Clary. His swim was also the 7th fastest performance ever. Casas will face off with Austin Katz, the 2018 NCAA champion and 3rd fastest man ever, at the upcoming NCAA meet.

Casas expressed confidence in his post-race interviewing, telling Elizabeth Beisel that he was expecting to break the record, even with the name Ryan Lochte attached to it.

Murphy’s 1:35 is still mind boggling. I see it still standing in a few years.

Ryan Murphy in 2016 was an absolute freak

Pepperidge Farm remembers when 46.67 would be a very respectable 100 back time.