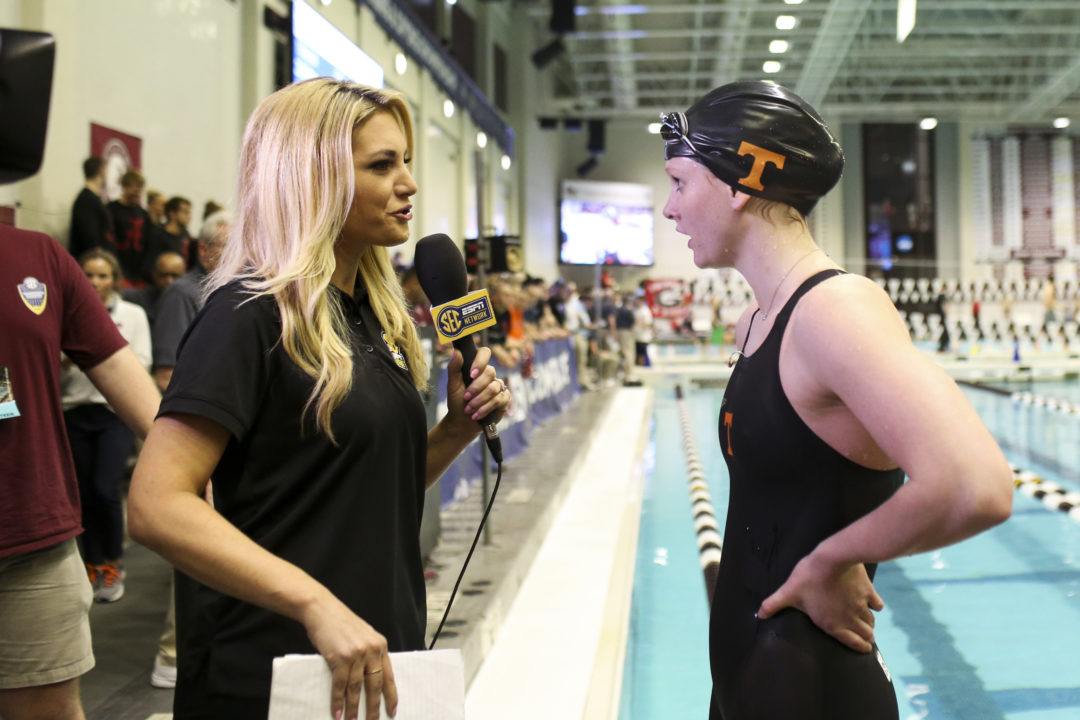 Tennessee’s Erika Brown had another historic swim on the final night of the 2020 SEC Championships. Brown, who won her 3rd-straight titles in the sprint freestyles and 100 fly, took down her own SEC Record with a 45.83 to win the 100 free. She remains the 2nd fastest performer in history behind only American Record holder and Olympic Champion Simone Manuel.

Behind Brown, Arkansas’ Anna Hopkin took the silver in a lifetime best 46.20. That now ties her with NCAA and World Champion Mallory Comerford as the 3rd fastest performer in history. Brown and Hopkin will face off again at the NCAA Championships, where they’ll also battle Cal’s Abbey Weitzeil, an Olympic medalist and the 5th fastest 100 freestyler ever.

This capped off a stellar meet for Brown. She won the 50 free on day 2 of the meet with a 21.03 for a new SEC Record. Brown then took down the SEC Record and Kelsi Dahlia‘s American Record with a 49.38 in the 100 fly.

Thanks! Lots of movement with multiple meets going on. I’ll update it 🙂