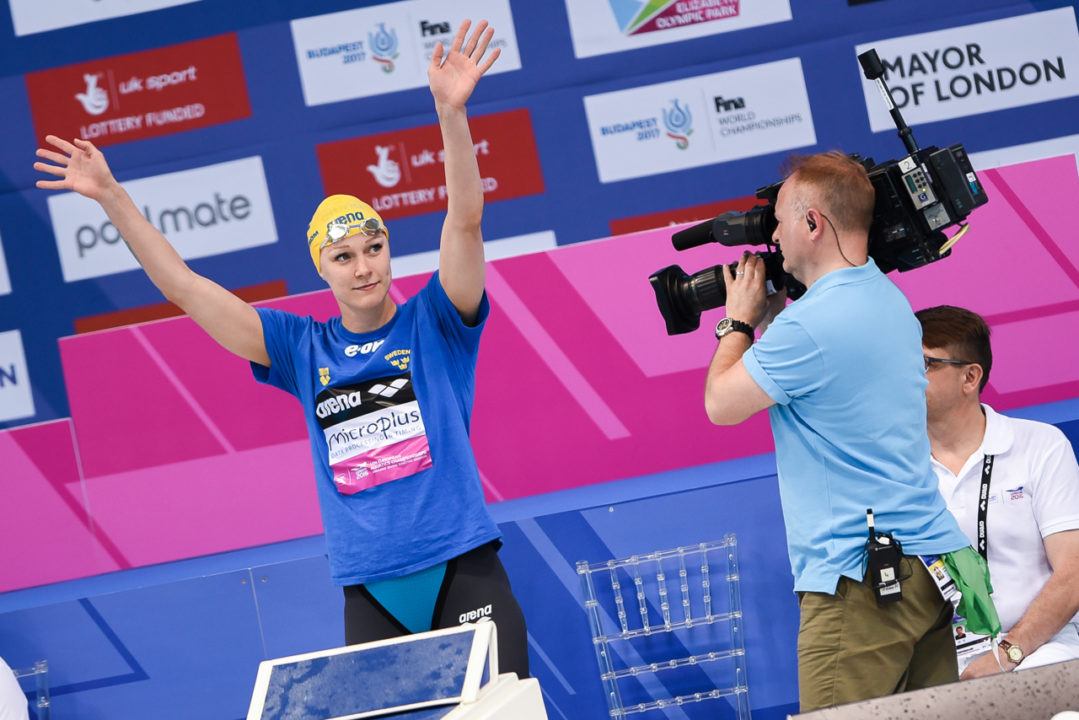 Tonight’s women’s 200 free was one of the most anticipated races of the week, and Sarah Sjostrom and Katie Ledecky did not disappoint. Both, mind-bogglingly, were battling for Olympic gold in their “off-event,” and the ensuing race kept us on our toes to the very end.

Sjostrom ended up second with a new Swedish record 1:54.08, taking down her previous 1:54.31 from the 2015 Kazan World Championships, a relay lead-off that led her team to a fourth-place finish.

You can see a split comparison between the two swims below:

Sjostrom’s time tonight was the fifth-fastest 200 freestyle all-time, with two of the top performances being from the suit-era. The top five fastest women’s all-time 200 freestyles are below: