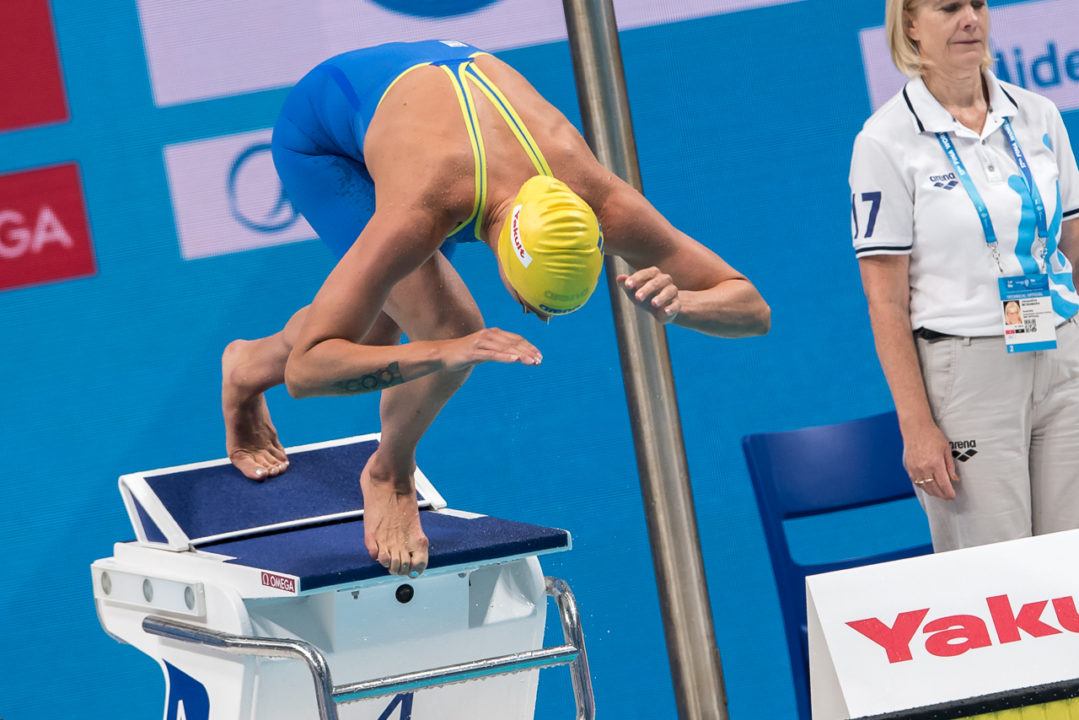 Clocking a swift 24.60, World Record-holder Sarah Sjöström of Sweden lowered the 50 meter butterfly World Championship meet record she had owned since August 2015 on Saturday night in Budapest. Sjöström broke the record twice in Kazan in 2015, settling it at 24.96 with her gold-medal performance. In Budapest, her three swims en route to winning a second consecutive gold medal were:

Sjöström won the 50 fly on Saturday by a margin of nearly 8/10 of a second. Ranomi Kromowidjojo of Netherlands went a personal-best 25.38 to pick up the silver medal, while Egypt’s Farida Osman lowered her own African record for the third time to take home bronze in 25.39.

Sjöström owns all ten of the top performances in history, all of which are the only sub-25s ever.