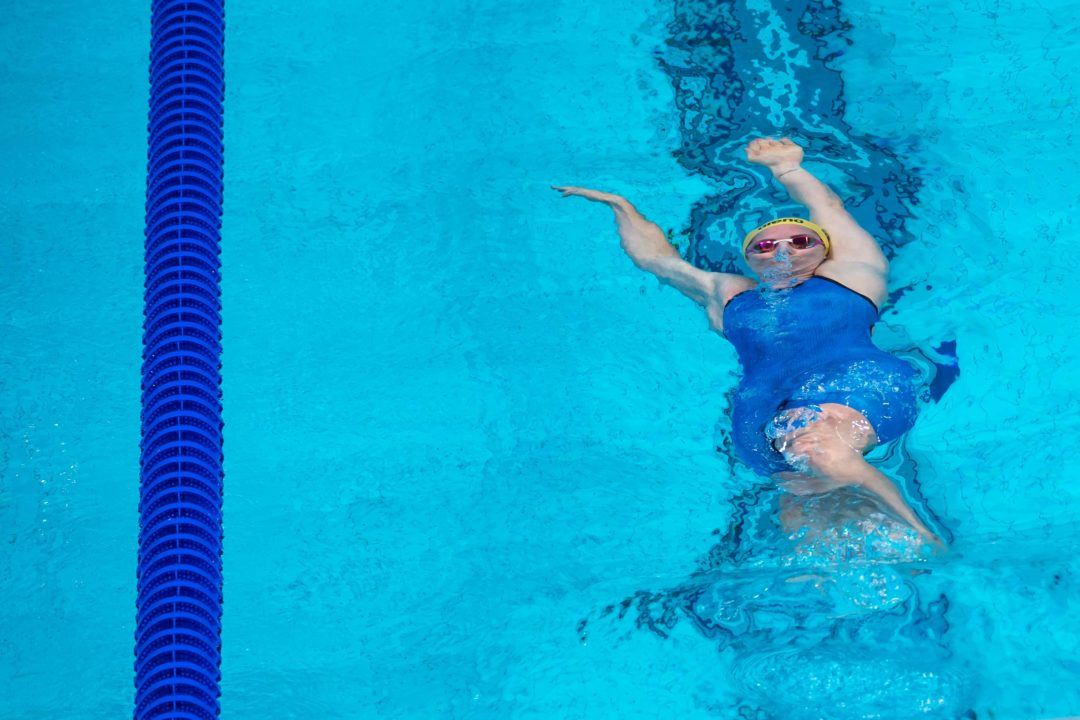 Emily Seebohm broke her own Australian record with a gold medal in the 200 back Saturday evening at the 2017 World Championships in Budapest. Current photo via Mike Lewis/Ola Vista Photography

Australian Emily Seebohm stormed home the final 50m of the women’s 200 back final to run down Katinka Hosszu and earn Australia’s first gold medal of the 2017 World Championships.  Seebohm also set a new Australian record with her time of 2:05.68, after tying her own mark yesterday.

Earlier this week Seebohm had earned a bronze medal in the 100 back, but was unable to defend her 2015 title in the event.  Even if Seebohm had matched her time from 2015 in that event, it wouldn’t have mattered, as Canadian Kylie Masse set a new world record with her gold medal performance.  It’d been a similar story for Australia as a whole, as the Dolphins had picked up plenty of 2nd- and 3rd-place finishes, but gold medals had been quite elusive.

With tonight’s swim, Seebohm remains the 4th-fastest performer ever in this event, but now is tied with Missy Franklin for the 7th-fastest swim of all-time.

Really you can’t do much better – who else is there? Phelps ? The longevity of staying near the top for 10 years brings in a stability that is not usually associated with swimming . A 14 year old girl can think mmm I’m pretty good at this , I can pace this out to maximise my young years . The fact that she did it thru the wild female development years is totally underestimated by our Men Fina ppl. They’ll never know how hard it is .

CONGRATS EMILY!! This will be as sweet a victory as any she’s had I reckon. Injuries have hampered her I hear. Aussie gold must send relief and pride around the Aussie camp. Amedical? CHibaldstow? Rus sis. ..wow!! Superpower party…special invite only!! Where’s the medalso table??! They’re on offer like confetti….

Second fastest performer in textile behind Franklin, and third fastest textile performance along with Franklin’s 2:05.68.

And who knew Seebohm would outlasts Franklin while being 3 years older?

Missy can still make a comeback of course.
Missy should have gone pro from 2011.