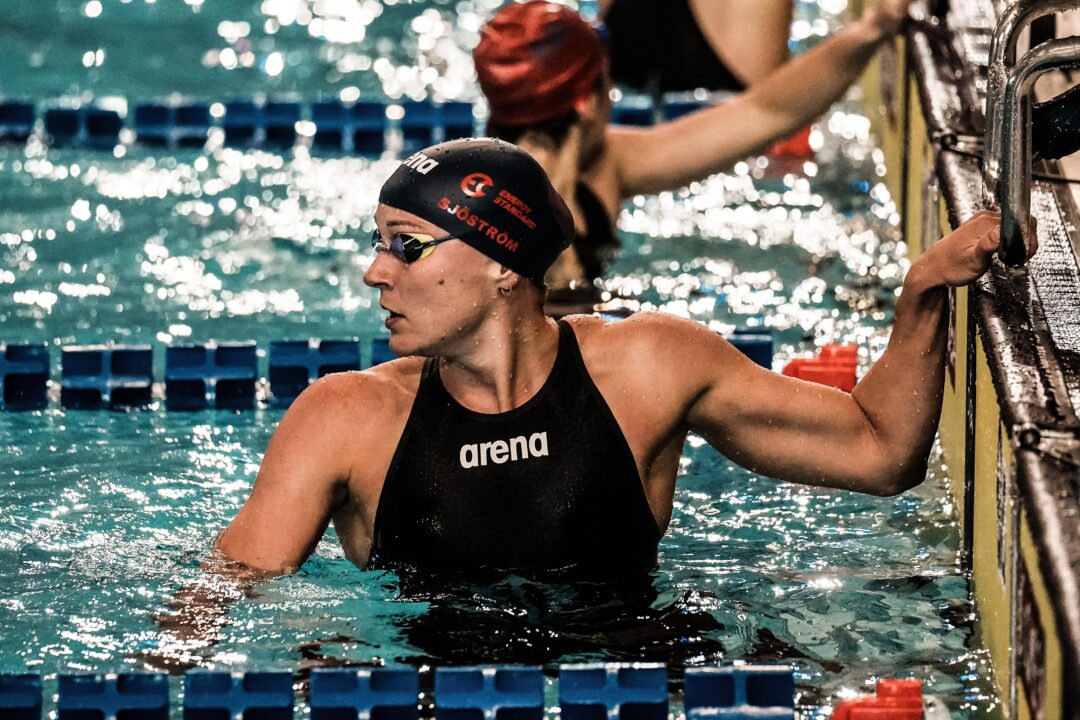 Sjostrom stopped the clock at a super speedy mark of 23.12 to grab the women’s 50m freestyle gold ahead of Polish ace Kasia Wasick and Russia’s Maria Kameneva who finished with respective efforts of 23.49 and 23.72 for respective silver and bronze.

For Sjostrom, her outing here in Kazan overtook the previous Championships mark of 23.30 she held herself from the 2017 edition in Copenhagen. She also won gold there before opting out of the 2018 meet in Glasgow.

Sjostrom owns the Swedish national record at her lifetime best of 23.00 from the 2017 FINA World Cup Series, so tonight’s gold medal-winning outing was just .12 outside of that.

In fact, her performance here tonight checks in as the 5th fastest performance in history.

As a reminder, Sjostrom broke her elbow while slipping on ice earlier this year and grinded out the rehab to make it to the Olympic Games where she snagged 50m free silver.

On her performance, Sjostrom stated tonight, “It was a tough year, I’m really surprised with my best time of this season which is also a Championship Record. This is a great thing for me, I’ve never thought I would be back this fast.

After the Olympics, I took three weeks of a kind breakish as because of my injury, I couldn’t afford stopping with everything. It’s a great way to start this championship.”

She needed 2 more months. I remember posting that before Tokyo. I also broke my elbow in February, at 17 years old in two places smack on the joint. There was a vast different between strength and pain level in late summer compared to how it felt during the fall. Regardless, I’m still amazed at how well she fared in Tokyo. It’s the only time I’ve ever been glad that the Olympic program includes the 50 freestyle.

I think she would’ve medaled in the 100 FR had she not gone 3 rounds of the 100 FLY. And, considering how her flat starts were worse than C1’s and she had no easy speed in Tokyo, it’s remarkable how she pulled off a silver in the 50 FR.

Yes she and Chalmers could have done with 2-3 more months. Not sure that either of them would have won gold Hough. Chalmers probably yes.