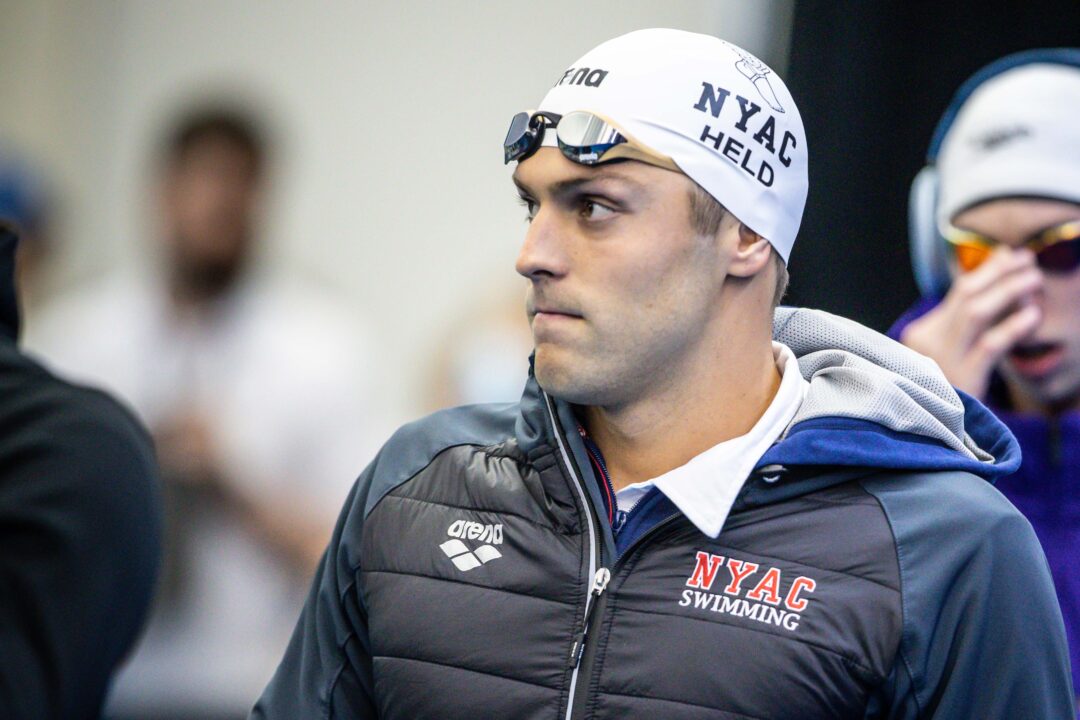 After multiple 47-low splits in prelims, the finals lineups for many of these teams become signficantly harder to decide upon. Archive photo via Jack Spitser/Spitser Photography

If that the prelims round of the men’s 4×100 free relay didn’t wake you up (for those of you living on the U.S. East Coast like me), then I don’t know what will.

Let’s take a look at the top teams headed into finals and the decisions that they have to make.

Picking who to leave off this finals relay is going to be an incredibly tough decision for the U.S. coaches. The most likely substitution will be swapping Hunter Armstrong with Caeleb Dressel as the leadoff, but the rest of this squad will be harder to figure out.

A questionable choice that the U.S. made was leaving Kibler off the prelims relay despite only having a PB of 48.25. This signifies that he likely did something during training camp that impressed the coaches so much to the point where they were willing to take the gamble and rest him for finals. But the question is, who is he going to replace?

Putting Ryan Held on the finals relay should be a slam dunk. So that leaves Justin Ress and Brooks Curry. Ress has the faster time from this race, but Curry finished second at U.S. trials in 48.04 compared to Ress’s sixth place finish of 48.38. They were separated by just a few tenths in this relay and at trials, so it might just come down to who is in better shape come time for finals.

Australia finished second in prelims behind the United States largely due to the anchoring heroics of Kyle Chalmers, who split the fastest time in the field. Most likely, one swimmer is going to be replaced by Zac Incerti, the lone Aussie qualifier for this relay that didn’t swim in prelims. Although his flat start best time is only a 48.51, he went 47-mid twice in Tokyo, so if he’s anywhere near that shape he will be a huge boost to this team.

Although William Yang had the slowest time of the field, it was done off a flat start with a 0.67 second reaction time. Temple was just 0.13 seconds faster on a rolling start (with a 0.19 second relay exchange), and was 0.33 seconds slower than his Tokyo leadoff time. Yang has been having a breakout year while Temple has been off form, so I think Temple will likely be replaced by Incerti come time for finals.

This Hungarian team looked extremely strong, led by 47.36 and 47.70 legs from Kristof Milak and Nandor Nemeth respectively. They don’t have any swimmers in reserve to replace their prelims swimmers, but are the third seed headed into finals. Their time of 3:12.38 is around a second their national record of 3:11.06 from Tokyo, with the only major difference being that Richard Bohus split 48.71 compared to 47.81 last year. If he can get back to his best and Hungary can counter the surges from other teams, they could potentially vye for a medal.

Even without Duncan Scott, the Brits still looked decent in the prelims of this relay. The biggest decision that they will have to make is figure out who to take out for Tom Dean, if they even do it at all.

Lewis Burras won British trials in a time of 47.88, but he hasn’t been near that mark since, shown by the fact that he led off significantly slower today in 48.61. Dean also set his 48.06 best time at trials, and if he’s in better shape than Burras is, there could be a leadoff swap made there.

Overall, solid performances from Matt Richards and Jacob Whittle give the Brits a boost.

This Canadian relay was going to be hurt in the absence of veterans like Markus Thormeyer and Brent Hayden. However, Josh Liendo proved once again that he is the future of Canadian mens swimming by clocking a 47.28 anchor leg to lead his team to a fifth-place prelims finish.

Yuri Kisil had the slowest rolling start of these men, but he split 47.15 on Canada’s fourth-place Tokyo relay last year. If he can get near that time in the finals, this team can establish themselves as a podium threat. However, given that he failed to break 49 seconds at Canadian trials, this seems unlikely.

Given that Italy used their exact lineup that got silver in Tokyo here, their sixth-place finish was extremely underwhelming. The biggest decline in performance came from Thomas Ceccon, who went 49.00 today compared to 47.45 at the Olympics. This was sort of expected here, given that he finished sixth in a time of 48.79 at Italian trials after placing second last year.

Ceccon’s underperfomance comes despite the fact that he had just broken the Italian record in the 50 fly minutes before this race.

Alessandro Miressi has been as fast as 47.45 on a flat start while Lorenzo Zazzeri and Manuel Frigo have been 47-mid on relay starts, so there’s still the hope that Italy can be at their full strength come time for finals. However, the loss of Leonardo Deplano due to COVID-19 is coming back to bite this team more than we thought.

Ceccon wasn’t even meant to swim the relay prelims up until two days ago then Deplano tested positive to COVID and Thomas was forced to come in (Italy is used to send 5 athletes instead of 6 for relays…). Later on after his 50 fly PB Thomas said to Italian TV that he would have tried to save energies due to the big amount of swims he’s involved for today

Kibler for Curry? youre not taking ress or held off

Lol, UK won’t swap Burras out in a million years.

We are swapping Guy out.

I had counted Aus out for a medal but if Italy, GB and Canada are weaker than Tokyo (which it seems like they may be) then Aus could sneak in for bronze