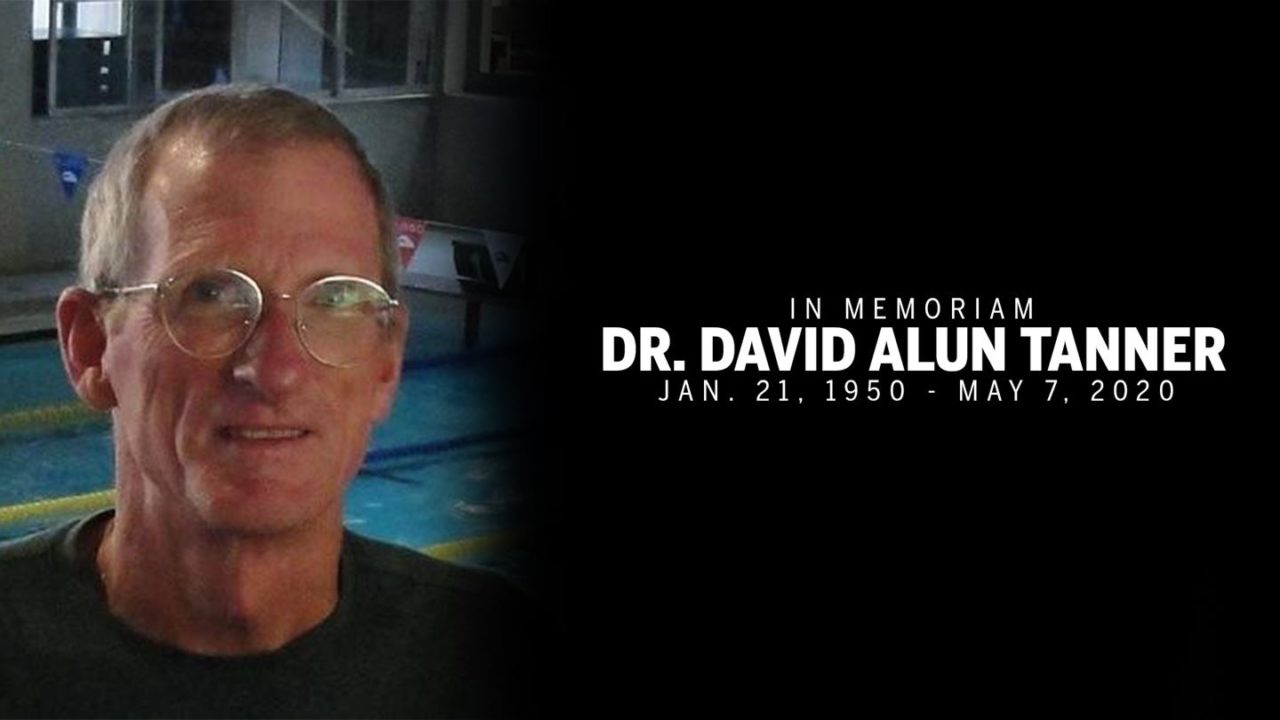 Tanner swam for Doc Counsilman during his collegiate career, and would go on to coach Bloomington High School North for over two decades. Current photo via Indiana Athletics

Renowned Indiana University alum David Tanner died on Thursday at the age of 70 after a bout with lymphoma.

Tanner, a native of Danville, Ill., was recruited by legendary coach Doc Counsilman to attend IU in 1968, and he would go on to be ingrained in the Bloomington community throughout his life.

“His teammates universally perceived Dave as the glue that bound thirty-some years of the Counsilman-era swimmers together,” wrote Dr. Joel Stager, who worked with Tanner in Indiana’s Department of Kinesiology, in an IU press release. “He became the team archivist, the Counsilman historian, the event planner, and the perpetuator of all things Counsilman. Perhaps most importantly to him, he became a devoted friend, affectionate caregiver and valued confidante to both Doc, Marge and the Counsilman family.

After graduating from Indiana, Tanner got his coaching career started by taking a position in Spain, and he would end up returning to Bloomington where he coached the Bloomington High School North swimming program for over two decades.

It is with a heavy heart that we share the news of the passing of longtime BHSN Swim Coach, Dave Tanner. We celebrate his life and legacy that will forever live on in the culture of our swim programs. Thank you Dave! pic.twitter.com/EAOGrH5yAH

Tanner went on to hold multiple State and National Masters Records, and completed several endurance challenges including the Western States 100, the Ironman World Championship in Hawaii, the Swim Around Manhattan, and the Race Across America.

He was also very passionate about academics, holding degrees from IU in mathematics, computer science, physics, exercise physiology, and human performance. Acting as a professor at Indiana in exercise science and kinesiology, Tanner also co-authored two books on the science of swimming.

“Perhaps most impressively, he mentored and was instrumental in assisting more than a dozen doctoral candidates complete their terminal degrees,” wrote Stager. “Scholars from around the world recognized his expertise and his invaluable help in getting them through their difficult research projects. Some tried to hire him away from IU with no success. His loyalty to IU was boundless.”

“Dave Tanner was one of our most beloved swimming and diving alums,” said current IU head coach Ray Looze. “Indiana University swimmer, coach, professor, caretaker of both Marge and Doc, and historian of all things IU swimming. He is irreplaceable and will forever be missed.”

Rest In Peace, Dave. A nice man and a class act.

Dave Tanner was a special man in the lives of our swimming children for the past 20+ years. His loss is profound to all of us in the Bloomington swim community. His coaching techniques were marvelous to behold. At the start of the season, he would take a kid who sank like a rock and by the end of the season, the swimmer made the sectional team! Every practice always ended with some type of a fun set. I never saw my children get out of practice without a smile on their face. I will miss him deeply.

Rest in peace. Dave meant more to the swimming and diving community in Bloomington that people know. The definition of a scholar and a gentleman. An exemplary role model for many young girls and boys that would later be men and women. Thank you Dave for all that you have done for us, the community and the sport.

Rest In Peace my friend!

What an amazing human being we have lost. I met Dave first day I came to the USA in 1987, he rented me a room at his house and I got to know him at a very personal level. I will always be thankful and in debt to Dave for the way he treated not only me but everyone around him.

I speak Catalan at home with my family and before I got to Bloomington he stated taking classes at IU to learn Catalan so he could help me out. He already knew Spanish since he coached in Spain for a bit but he just wanted me to feel at home. Just an example… Read more »

An IU institution, mentor and dear friend. He will be greatly missed.

Great guy. I am hurting because of this news.

One of the greatest people in swimming

RIP Dave. I have never known a more selfless human being. You dedicated your entire life to the benefit of others.