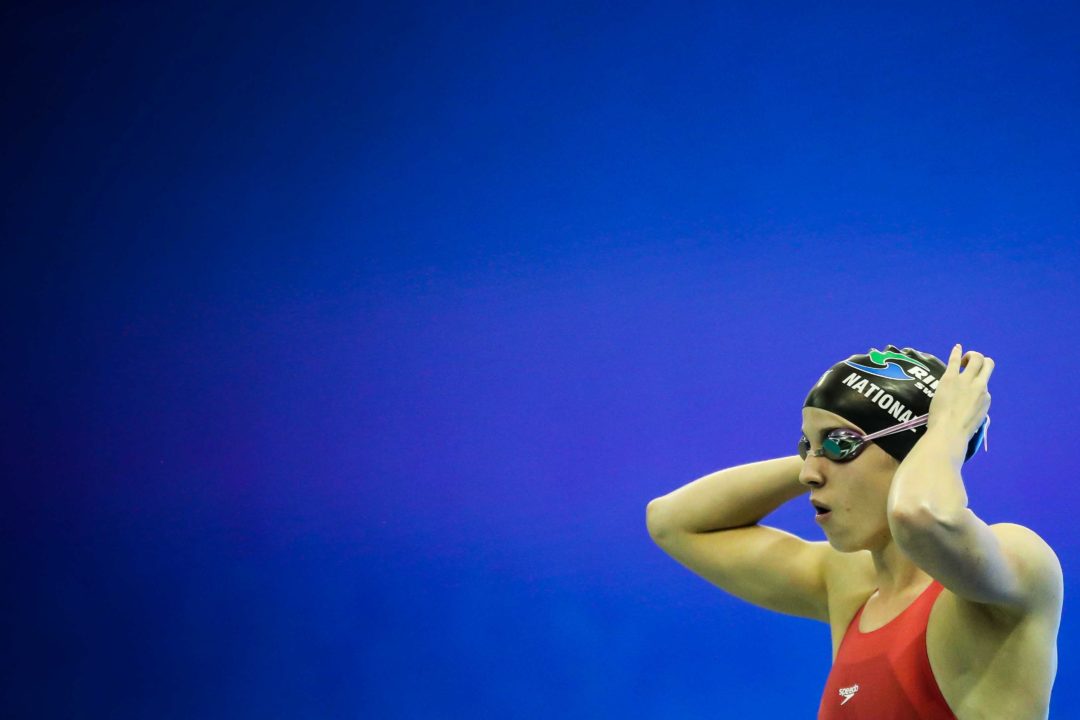 The YMCA of Greater Des Moines is hosting one of the nine sites, bringing together two of the most exciting names in American backstroke: World Record-holder Regan Smith and 2019 U.S. Open champion Phoebe Bacon.

Smith broke out in a huge way in 2019, soaring to the World Championships title in the 200 back and breaking Missy Franklin’s 2012 World Record there with a pair of 2:03’s in semifinals and finals. She then helped Team USA to the 400 medley relay World Record with a 57.57 lead-off, a World Record in its own right in the 100 back, and she’s now the clear favorite for 2021 Olympic gold in both backstrokes, at the very least.

But Bacon, NCAP-trained and now a freshman at the University of Wisconsin, the program that lifted Beata Nelson to become an American record-setter in both backstrokes in yards (though Smith has snagged the 200 back record since), beat Smith head-to-head at the 2019 U.S. Open.

The 100 back will be the biggest face-off between the two; the U.S. Open record is the 58.63 that Bacon is seeded with, the time she went to topple Smith at this meet last year. They are also competing as #1 and #2 seeds in the 200 back and 200 IM. Those are Bacon’s only three events, while Smith is also entered in both butterfly events; one or both of these events could work into her 2021 Trials schedule, especially the 200.

While these two are expected to make statement swims in Iowa, this is one of the sparsest fields out of the nine U.S. Open sites this year; for example, a number of events have less than five entrants, including the men’s 800 free, with only two.

psych sheet only guys for me, anyone else?

I see men and women.

Excited to see how this turns out