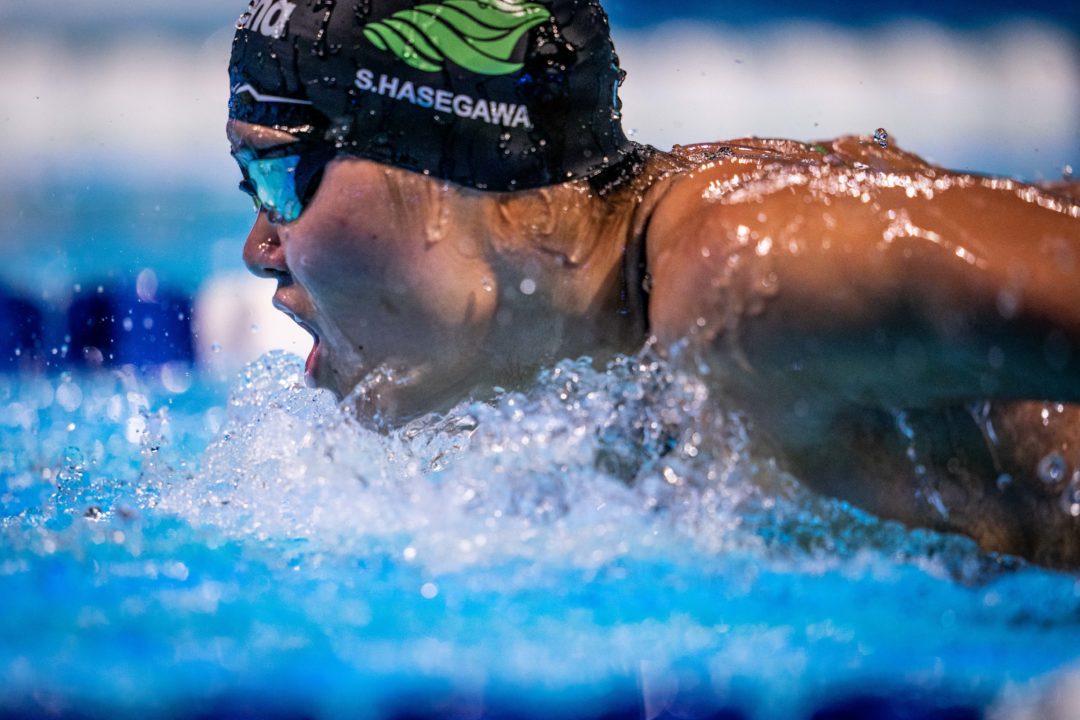 The penultimate of the regular matches in the ISL season will take place tomorrow morning; here are some storylines to watch for Current photo via Mine Kasapoglu

1. Skins Decision More Important Than Ever

Whoever wins the medley relays this match will have to be extremely tactful in their decision. Iron has a rock-solid women’s 50 butterfly field between Ranomi Kromowidjojo and Melanie Henique, which is the only women’s skins stroke we haven’t seen yet this season.

Energy Standard has the highest-ranked women’s and men’s 4×100 medley relays ahead of this match, something which earned them the choice of stroke in both skins races in Match #7.

However, for the first time this season, we saw the team that chose the stroke not come out on top in the men’s side; when Emre Sacki (IRO) took the win ahead of ENS’s Ilya Shymanovich in Match #7.

Kromowidjojo is equally strong in the freestyle skins, and has only lost one skins match in her ISL career to date (against Sjostrom in Match #7). Toronto has an extremely dominant backstroke field in Shane Ryan on the men’s side and Kylie Masse on the women’s.

ENS has a strong butterfly and freestyle roster on both the men’s and women’s side, with the Florent Manaudou and Chad le Clos combo, as well as Sarah Sjostrom, Anastasiya Shkurdai, and Maddy Banic who have posted some stellar swims for their team in the butterfly events.

The Tokyo Frog Kings have proved extremely dominant in their previous match in both the 400 IM and 200 butterfly. In Match #8, Suzaka Hasegawa won the 200 fly for the third time this season, as well as being the ISL record-holder in this event. She won in 2:03.53, edging closer to her PB of 2:02.96 from 2017.

Her teammate Yui Ohashi won the 400IM at every match for the Frog Kings, with her season-best standing at 4:25.5.

Ohashi will undoubtedly come up against Katinka Hosszu in this event for the first time this season as the two teams are yet to race one another. Hosszu’s fastest time this season in 4:30.23 from Match #7, considerably behind Ohashi’s best, as the Olympic champion has generally not been in top form in the 2020 ISL season.

The winner that day was Toronto’s Tessa Cieplucha who touched in 4:27.76. This event is shaping up to be an exciting race on the women’s side.

3. Battle of the Backstrokes

Each of the 4 teams competing in this match have strengths in the backstroke field for both men and women. Energy Standard has youngster Kliment Kolesnikov, who seems to have gained quite a bit of momentum off the back of their last match. He went a sizzling 49.16 in the leadoff of the men’s 4×100 medley relay in Match 7, knocking down Guilherme Guido’s #1 ranked time in the league of 49.50 from Match #2.

He’ll compete against Toronto’s Shane Ryan, who is on good form this season after posting a number of Irish records throughout his tenure. Equally, they have the powerful combo of Lisa Bratton and Kylie Masse. The two have proved their strength across the 50, 100, and 200 backstroke – with Bratton now holding the league-leading time of 2:00.99 in the 200.

The back record of this season was not Murphy, but Guido 49,50 on 2nd London match opening the relay

The original article said rylov had the best time of the season before kolesnikov broke it.