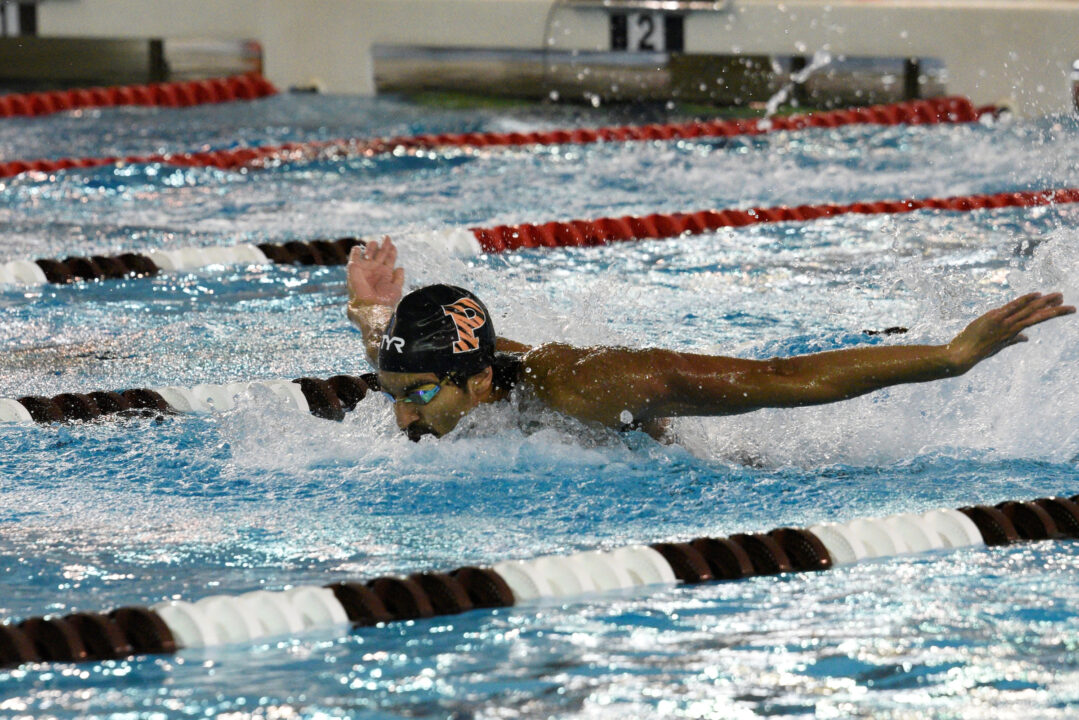 
A combination of Power Five schools and some of the country’s strongest mid major programs will clash in New Jersey this weekend as Ivy League power Princeton hosts their annual Big Al Invite. Utah and the University of Denver both made the cross country journey to the Garden State, joining Princeton, Columbia, Rutgers, George Washington and TCU (diving only).

Night one was highlighted by Princeton junior All American Raunak Khosla dominating the 200 IM in 1:43.66. The two-time defending Ivy League champion in the event opened with a quick 22.44 fly split and never looked back, leading wire to wire to take the win. While the Ivy League did not compete last season due to COVID-19, that time would have placed Khosla just outside of NCAA scoring range. Khosla’s lifetime best stands at 1:42.80 from his freshman year at the 2019 Ivy League Championships.

Columbia sophomore Jonas Kistorp and Utah junior Cooper Deryk tied for the win in the 50 free, with both men stopping the clock in 19.76. Deryk, who transferred to Utah after spending a season at Florida State, was significantly faster in the prelims, posting a 19.51. Deryk also led off Utah’s 200 free relay in 19.91, which just outtouched Princeton for the win 1:18.66 to 1:18.86.

Princeton sophomore Nicholas Lim won the 500 free in 4:24.02, touching just over a second ahead of Denver junior Riley Babson. That swim is well off Lim’s lifetime best of 4:21.55 from the 2020 Ivy League Championships.

George Washington took home the win in the 400 medley relay in 3:09.40. Sophomore Karol Mlynarrczyk blasted a 46.62 backstroke leadoff and his classmate Djurje Matic had the field’s fastest fly split in 45.10 to put the Colonials out of reach.

Princeton started off the women’s meet with a 1-2-3 finish in the 500 free, with sophomore All American Ellie Marquardt leading the way. Marquardt was out quick and held on for the win in 4:49.23, touching just ahead of teammate Nikki Venema. That swim is well off Marquardt’s lifetime of 4:36.37 that earned her All American status after being invited to the 2020 NCAA’s.

Another Princeton sophomore, Liza Whitmire, won the 200 IM in 2:00.54. The Charlotte, North Carolina native opened up a second and a half lead at the 100 mark but actually turned behind Utah’s Charity Pittard at the 150 turn before closing in a 28.61 to seal the win. Pittard wasn’t far behind, touching in 2:00.93. That swim clocks in just off of Whitmire’s lifetime best of 2:00.10, which came in the spring of 2019 while she was still in high school.

Utah won their first event of the meet in the 50 free, with junior Leyre Casarin touching first in 22.72. The Italian national just outtouched Denver fifth year Aysia Leckie, who finished runner up in 22.75. Rutgers’ Sofia Chichaikina, who was the top seed coming out of prelims, settled for third after touching in 22.80.