Ratings For ‘What Would Ryan Lochte Do’ Premiere Tops Kardashians 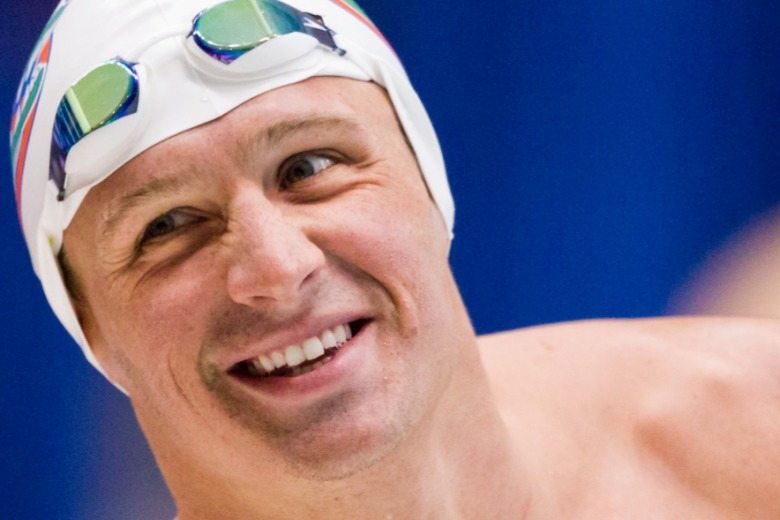 "The final ratings for Sunday's programming are out, and the results are in!" (Photo Credit: Tim Binning, theswimpictures)

The final ratings for Sunday’s programming are out, and the results are in: a tepid response to the series premiere of “What Would Ryan Lochte Do?”, the new reality-style television show that follows Ryan Lochte through treachorous waters of training, fashion, family, and courtship.

Lochte’s show, in the Nielsen ratings, received a rating of .7 for Live + SD, meaning that .7% of Households in the United States watched the show either live, or on DVR on the same day. These household ratings are based on a Nielsen count of about 99,000,000 households (not people) in the US having televisions, which means just shy of 700,000 households tuned in to the show. Another .46 rating was earned on the re-air an hour later.

The biggest demographic for the show was the Female 18-34 group (not surprisingly, given that this is the E! Television Network and the opening scene was a game of shirts versus skins flag football), where the show earned a rating of .9. That calculates out to approximately 310,320 viewers in that demographic alone.

For some context, how does that compare to other shows? Despite a later time slot on the East coast, the program outdrew the new episode of the reality juggernauts that are the Kardashians on ‘Kourtney & Kim Take Miami.” However, Lochte’s new project received a lower rating than the show on either side of it: Ryan Seacrest’s E! News Special with the Kardashians just before recieved a household rating of 1.24, and the Married to Jonas premier immediately afterward received a rating of .82. Lochte did outdraw the JoBros, however, in the ever-crucial, ever-spending 18-49 demographic (.43-.31 rating comparison).

In other words: if E! is trying to tap into a male audience, they’ve done it: only the Kardashians special scored higher among male viewers all day long.

With a strong leadin from Ryan Seacreast with the Kardashians, WWRLD captured a .7 rating, specifically an audience of 683,000 people during the 10-30pm window.  WWRLD re-aired during the 11-11:30 window and captured another 446,000 viewers. These are respectable numbers according to industry executives. It’s actually a solid premiere for E! Consider that Lochte was up against Vikings on the History Channel, Two and a Half Men on FX, and the strong network lineups (All-Star Celebrity Apprentice on NBC, The Mentalist on CBS). If Lochte can hold this rating, he’ll likely get picked up for a second season.

Something to consider: WWRLD was hyped aggressively by E! That could account for the solid ratings Lochte netted. If that premiere audience was merely madeup of curious looky-loos, and his ratings fall next week, the show will likely only last one season. Lochte needs to keep his 600,000 plus viewers and build on them as the series rolls out.

The social media response was overwhelming, with some good, and some positive. Late night TV Show host referenced Lochte’s repeated admission that he didn’t know what things meant in this tweet:

@jimmyfallon : Last night was the premiere of “What Would Ryan Lochte Do?” Or as Ryan Lochte put it, “Cool, who’s in it?” #fallonmono 15 hours 40 mins ago

Lochte, however, had many supporters, falling into multiple camps. Some expressed the belief that any publicity for the sport is positive, and needless to say, Lochte’s reality show probably brought more web attention to swimming than even the Olympics. Others were just firm Lochte supporters from the get-go, and still others recognized that this is reality TV, so their goal is to get as much attention for the program and its subject as possible, even if that means distorting reality.

Well, that’s one way of looking at it. I watched because I’m interested in seeing just how vapid reality television can become. In that regard, WWRLD outperformed them all. Lochte makes the cast of Jersey Shore look like Princeton Alumni.

Was it just me? As entertaining as Ryan Lochte is, he’s not very bright for a 28-year old man. He reminded me of the guys on “Wayne’s World” or “Dude Where’s My Car.”

contrasts a lot with phelps. i find it funny lochte is the one with a college degree (though in sports management, which is such a difficult area)

phelps is by no measure a thunderous motivational speaker but he’s respectful, even paced and sometimes vaguely articulate and inspirational (“We came into this meet as a team We’ll leave here as a team.”

Let’s be real here, both Lochte and Phelps have said stupid things in interviews (that’s the whole point of interviews, right??). The difference is that Lochte is a lot more open (he has to since he’s promoting his brand) while Phelps seems to have followed the idea behind the quote “Better to remain silent and be thought a fool than to speak and remove all doubt.”

On another note did anyone catch Ed Moses on OhSit? He won and he seemed like a pretty down to earth kind of guy.

Well, as much as I like Lochte and see the benefit in associating him with our sport, every swim fan should realize that this show is strictly to benefit him and his future potential Hollywood career, so let’s simply state the obvious.
As everyone knows, this is not a swimming documentary, it’s strictly entertainment that tries to reach a MUCH LARGER audience than what the sport currently has.
We all know that in the entertainment industry, ratings are the only thing that matters (not times and a stopwatch) and that the script will have to reflect how to keep the audience interested into viewing next week’s episode.

Hence, sex, partying and having fun is what sells in… Read more »

The editing of the show – not the content – will make or break the success of the show.

I’ve never believed the “any publicity is good publicity” mantra-ask the Chechen and Dagestan tourist bureaus and Reese Witherspoon how the last week has gone. Lochte’s an incredible swimmer, but he’s not the brightest guy around. Helps him make a buck after sports like Dennis Rodman, but doesn’t reflect well on USA Swimming or the University of Florida. Controversy and quirkiness sells in reality TV, but those aren’t necessarily aspirational qualities.

That guy is one of the most vacant persons (next to Phelps) i’ve ever met. Thank goodness my 18 year old swimmer realizes it also. Held his attention for about 90 seconds. So right now we have TMZ report with Tyler Clary and announces him as a ‘race car driver’ instead of swimmer. Jessica Hardy is racing cars. Phelps is golfing. And now Lochte is trying to reach out to the low-information people in the USA. What’s next? Missy Franklin joining Natalie Coughlin for a cooking show? I fail to see how any of this will draw kids to swimming. It simply draws bucks to Lochte. I used to tell my wife that all the swimming our kids have done… Read more »

Well, swimmer need to make a living. What do you suggest them to do?

Swimmers might have higher IQs because it is a, generally, middle/upper class sport. Socioeconomic status probably does a lot more for your opportunities than a specific sport participation. Ryan does have a degree though. smh.

Well at least Lochte has a talent …

I meant to check it out and ended up falling asleep before it came on and woke up just after it ended. Maybe that was fortunate for me from the sounds of the reviews I have heard but I will try and catch it this week to see what I think about it.
I am with DuckDuck about the publicity thing and aspirational qualities. But at the same time Ryan is Ryan, he has always been his own person as long as I have seen him swim. He has his own fashion flare and wants to promote himself now that he is out of College and has to fund himself as a professional.
We send our kids to… Read more »