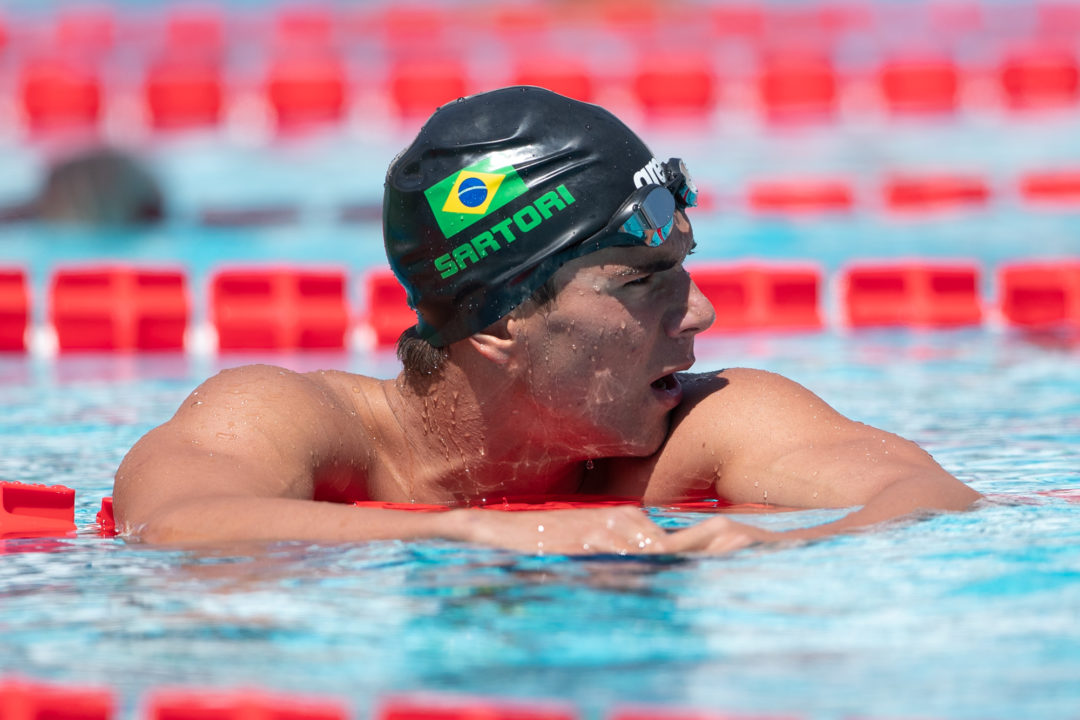 The Gators bring in a sizeable class with a few international names that could raise a few eyebrows.

Danish distance dynamo Oskar Lindholm will be the latest addition to join Gainesville’s revered freestyle group that includes NCAA champions and Olympic medalists Kieran Smith and Bobby Finke, with his short course meter times in the 4, 8 and 15 (3:47/7:48/14:57) converting to 4:19/8:55/14:52 in the 500, 1000 and 1650-yard free. The mile in particular will be one where Lindholm can jump right in and potentially put points the board at NCAAs as a freshman, and he’s also got the rare ability to race breaststroke (1:02/2:17 LCM) at a high-level as a distance freestyler.

Brazilian native Raphael Windmuller, who has trained and raced in Florida previously, has long course bests that convert to 54.4/1:58.3 on the breaststrokes, while North Carolina native Peter Bretzmann also brings a 1:58 200 breast into the mix.

Argentine Joaquin Gonzalez, a sub-2:00 SCM 200 IMer (1:47 conversion), is well-rounded and could pop off better than the time converter would indicate.

The rest of the class is full of potential, including multiple 20-point/44-point freestylers and lots of guys with IM ability in their back pocket.

It’s quality over quantity for Texas A&M’s class this season, with four freshman mentioned in our class of 2021 re-rank (one Honorable Mention, three ‘Best of the Rest’ appearances) and one big-time transfer coming in the form of Anže Ferš Eržen.

Tyler Hulet was right on the edge of cracking the top 20 recruits in our re-rank after sitting 20th as a junior, having brought his backstroke times down to 47.0/1:42.8 in his final year of high school—both right on the edge of scoring in the top-8 at the SEC Championships.

The unexpected departure of Shaine Casas, a swimmer you simply do not replace, has left a big hole in the backstrokes and IMs, and while Ferš Eržen won’t be expected to fill Casas’ shoes, he will bring in some points in those events.

A rising tide lifts all boats, and in Ohio State’s case, the tide is contrived of one Aussie and one transfer that instantly made their recruiting class elite.

Alex Quach, an Australian with international experience from the 2019 World Junior Championships, has a monster pedigree coming in with short course meter times of 21.84 in the 50 free, 48.40 in the 100 free and 51.22 in the 100 fly. Those translate out to 19.6/43.6 in the freestyles and 46.14 in the fly, with the latter under the NCAA invite time from last season and the former both close. Quach can also put together a very solid 200 free and 200 fly, making him a very intriguing add for the Buckeyes.

The other big get for the class was Italian Fabio Dalu, the 2021 NCAA Division II Swimmer of the Year who transferred out of McKendree in order to take his swimming career “to the next level.”

Karl Helmuth also comes in as a 54.6 breaststroker that has a 20-point 50 free in his arsenal.

Louisville has historically been an attractive destination for international recruits in recent years, and the trend continues with three nice pickups for the Cardinals from overseas.

The two most noteworthy additions come in with eerily similar best times and are fresh off competing at the Olympic Games: Israeli Denis Loktev and Brazilian Murilo Sartori.

The addition of both men will make Louisville’s 800 free relay lethal, with Nicolas Albiero returning as a graduate senior and Colton Paulson entering his fourth year. Loktev and Sartori project to be challenging for an ACC title in the 200 free beginning this season.

Anže Ferš Eržen (Texas A&M) is from Slovenia, not Lithuania.

Leo Garcia Dove last year for UF so should not be on this list. But you probably should include NICHOLAS HERNANDEZ-TOME

Wonder why Louisville has the designation of an attractive destination for internationals?

Party with the basketball team?

Wonder why no one from swimswam cares to acknowledge your program….maybe because they aren’t the night HOOOOSIERS!