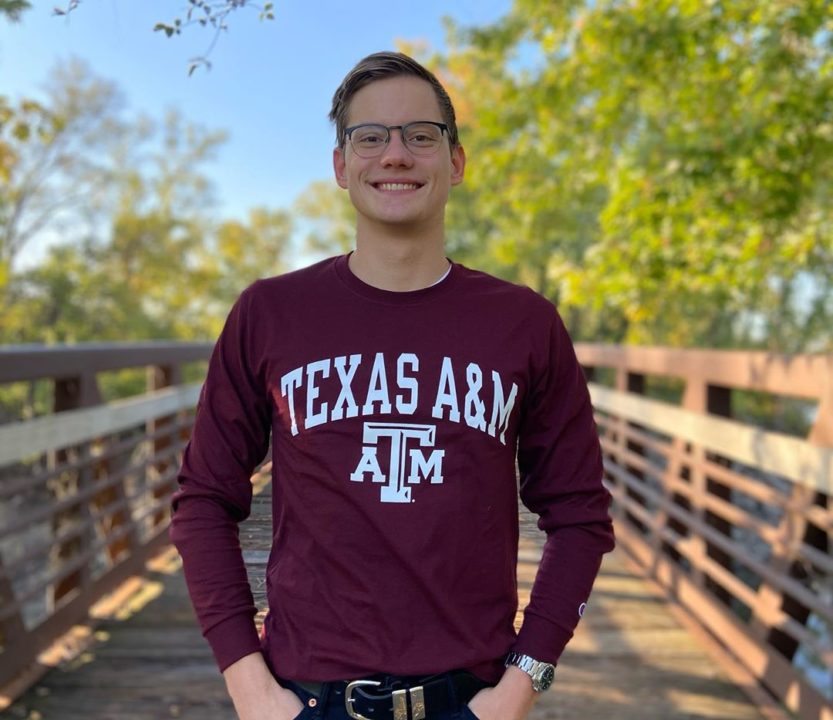 Anže Ferš Eržen spent the first 2 years of his college career at Iowa, where he broke school records in the 200 back, 200 IM, and 400 IM.

NCAA qualifier Anže Ferš Eržen has announced that he will transfer from Iowa to Texas A&M University. Eržen will begin competition for the Aggies in the fall of 2021.

The move comes after the University of Iowa announced that the 2020-2021 NCAA season would be the final one for the swimming & diving program, after more than a century of collegiate swimming in Iowa City.

Last season, as a sophomore at Iowa, Erzen earned an invite to the NCAA Championships in the 200 backstroke as the 24th seed. He was also entered to race the 200 IM in the 58th seed and 34th seed in the 400 IM.

At Texas A&M, he joins what will be one of the top backstroke groups in the country. The head of that group is that Shaine Casas, who will be a senior next year, who led the country in the 200 backstroke last season with a 1:37.20.

Good pick up for Texas A&M. Sad for Iowa

Iowa cut both men’s and women’s swimming and diving teams. Not sad for them. At all.

Great move Anze👍👍. Welcome to Aggieland👍!! Wishing you the best in the pool & in the classroom!! Gig em forever👍👍.

Great pick up for A&M

Curious what he will do this 20-21 school year. Will he continue to train & compete for Iowa, since technically they still have a team this year?

Isn’t Grant Betullius the school record holder in the 100 back? Kid went 45…