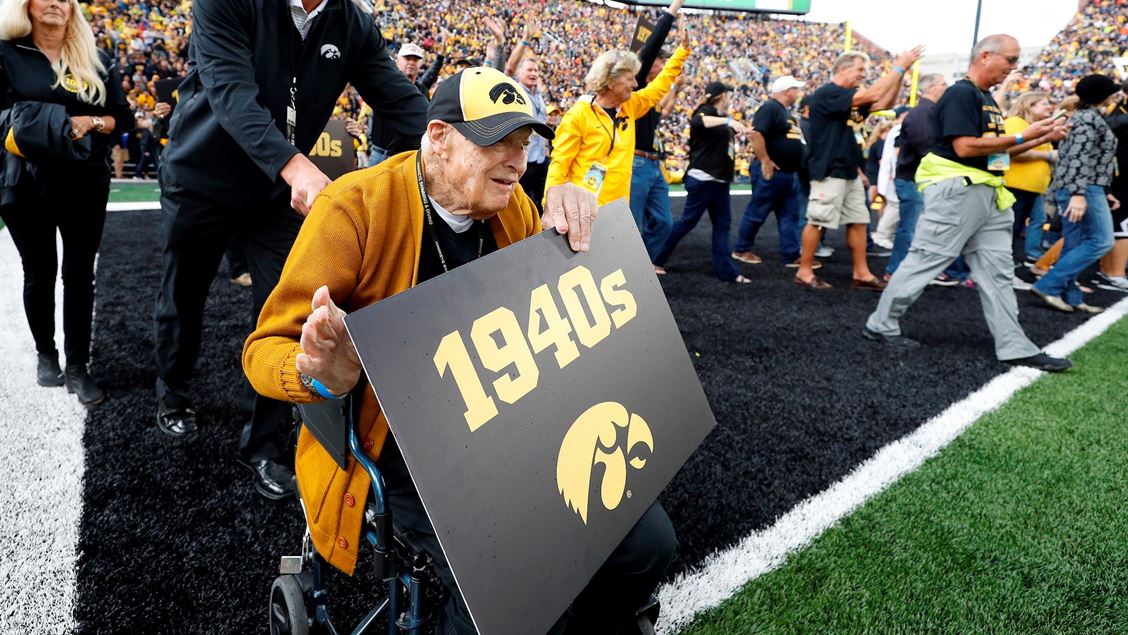 A year from now, we’ll be entering the first NCAA swimming season ever without the Iowa Hawkeyes.

Iowa announced today that it would be eliminating its swimming & diving programs at the end of the 2020-2021 school year – two of four programs being cut to address what the school estimated at about $100 million in lost revenue during the coronavirus pandemic.

Established in 1917 – two full decades before the first-ever NCAA Swimming & Diving Championship – Iowa’s men’s swim & dive program is one of the oldest in the nation. This season would mark the 103rd year of Hawkeye swimming & diving.

In the early years of NCAA swimming, Iowa was a national power. The Hawkeyes were NCAA runners-up in 1949, heading 17 finishes inside the top-10 under legendary head coach Dave Armbruster. An NCAA 400 free relay title in 1936 puts Iowa in elite historical company as one of just 24 programs in history to win an NCAA men’s relay title. (It’s also the fourth on that list to cut its men’s program).

Armbruster is widely credited as one of the pioneers of one entire competitive stroke. In the 1930s, swimmers and coaches started to experiment with an alternative technique to breaststroke, reducing draft by using an above-water arm recovery. Armbruster is widely credited with developing the dolphin kick to go along with the over-water recovery, effectively debuting the earliest version of the butterfly stroke along with Iowa swimmer Jack Sieg.

The stroke would eventually be established as its own stroke, separate from breastroke, in 1952.

Iowa twice built one of the nation’s premier aquatic centers. In 1927, the University built the Field House Pool, at the time a state-of-the-art facility that housed the Hawkeyes until 2010. That year, the school unveiled its Campus Recreation and Wellness Center, which would go on to host multiple Big Ten events along with the men’s NCAA Championships in 2015.

That facility is also set to host the 2021 Men’s NCAA Swimming & Diving Championships, which is scheduled to be the final meet for Iowa’s historic swimming program, 103 years after its origins.

While Iowa doesn’t recognize Conor Dwyer as a “Hawkeye Olympian,” he did spend his freshman and sophomores seasons at Iowa before transferring to his more prominent career at Florida. Dwyer owns 3 Olympic medals: golds in the 800 free relays in 2012 and 2016, plus an individual bronze in the 200 free in Rio in 2016.

I truly hope that this is not the end of such a storied program. Swimming seems to be the preferred varsity program to cut.

Why don’t these Division 1 schools that are cutting sports take a portion of the revenue generated from the big 2, Football and Basketball, and use it to save the lower revenue sports programs? Everyone keeps their jobs and all athletes compete. win/win.

Brad Flood was on the Iowa coaching staff under Glen Patton and coached Wojdat, Szukala, and Gawronski and was the Polish Olympic coach in 1992, not a swimmer. I believe Wojdat won 4 consecutive 500 free NCAA titles and Iowa was a Top 5 NCAA team in those years

But if you take David Berkoff’s persistent plea for restriction of scholarships to foreign athletes for federally funded programs, guys like those would never be able to help build a program. There’d be no Auburn of the Marsh era, NC State of the Holloway years, no Schooling, etc.

Thank You for the shout out & recognition.

Need to make a correction though.

Rich Draper was Rafal Szukala’s coach on the Hawkeye team and prepared him for the run-up to the ’92 Olympics. I was only covering Rafal’s training once we left Iowa City & headed back to Poland to join the Polish team for final taper preparations and then travel to Barcelona.

All these people that take decisions like this, and choose the easy way by cutting all these athletic programs, should be ousted and replaced by talented, smart people, that can actually manage the current situation. This hardship will not last forever, and probably some of these programs will be back in few years, but the damage done to their athletes now, it will never be reversed. SHAME!

It’s a Herculean effort to start a Division I sports program from scratch once it has been cut. There are not many programs that have been cut and later reinstated.

This “pandemic” which barely affects college age and below is the excuse the schools are looking for to get rid of the sports that do not generate revenue.

If you’re going to spew idiocy at least don’t associate yourself with a program that you’re clearly not apart of.

NCAA at it’s best… make the Alumni fit the bill…

I agree with Braden Keith. Set up an endowment for the team and let the money work.