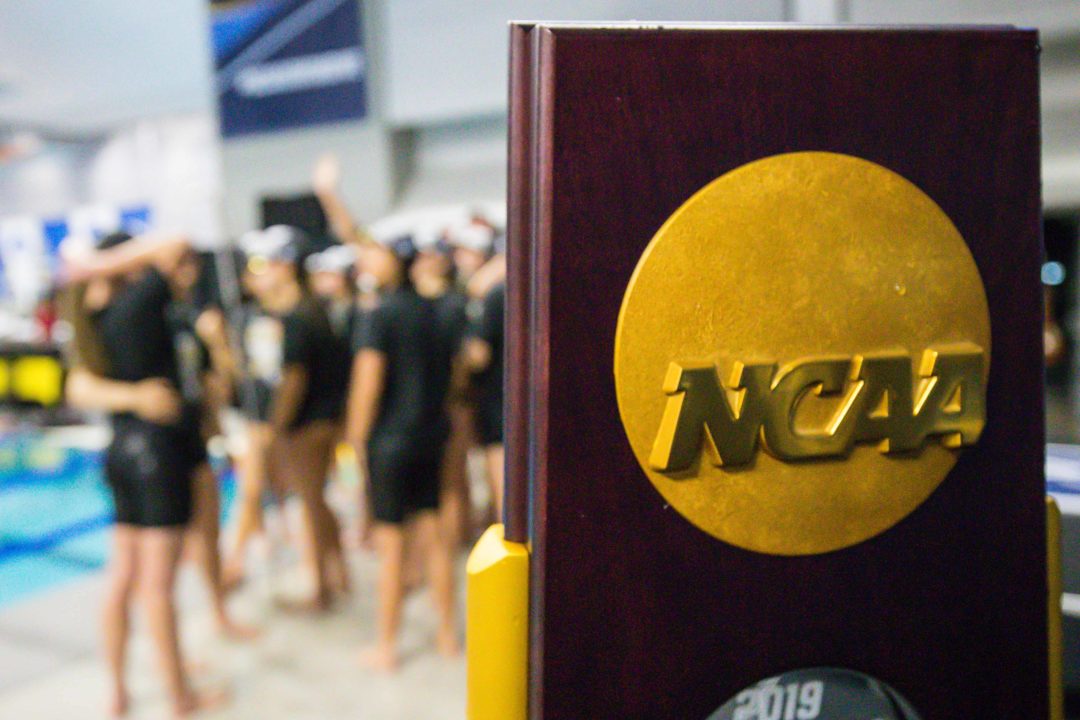 Just 25 schools have ever won an NCAA women's or men's relay title at the Division I level - and only 13 have won a relay in the past decade. Stock photo via Jack Spitser/Spitser Photography

Michael Phelps, “The Baltimore Bullet,” has one of the most iconic nicknames in swimming history.

Celebrate the Holidays: SwimSwam style with a swimmer’s take on the classic Charles Dickens poem “Twas the Night Before Christmas”.

Grab some coffee and a swimmer-sized snack and chip away at our latest SwimSwam crossword puzzle, featuring events both old and new.

Five Non-Hazing Team-Building Exercises That Your Swimmers Will Enjoy

Team-building exercises can vastly increase camaraderie among swimmers, and these safe and positive activities will help ensure everyone has a good time.

The SwimSwam Crossword Puzzle is back, ready to challenge your brain now that the dust has settled from the 2020 Olympic Games.

QUIZ: Can You Name All Colleges With a 2020 NCAA Men’s Swimming Qualifier?

The NCAA Championships are the pinnacle of college swimming. Can you name every school with a men’s swimmer invited to the 2020 edition?

Just 25 schools have ever won a women’s or men’s NCAA relay title at the Division I level – and only 13 have won a relay in the past decade.

We’ve compiled some data on NCAA relay champions – but first, we’re giving fans the opportunity to test their knowledge. Warning: if you want to take the quizzes, don’t scroll down yet, or you’ll find the answers in our story below.

All Division I NCAA Relay Winners

The 800 free relay joined the mix in 1966, but it took until 1989 for the 200-yard relays (free and medley) to join the program – or rejoin, in the case of the 200 free relay. That means the current five-relay format has been in place for 32 seasons, including the 2020 season, which ended without any official relay champions in the coronavirus pandemic.

Here’s a look at which programs have won each individual relay:

Overall, the Texas men were actually relative latecomers to the national relay scene. The Longhorns didn’t win their first relay until 1980 – but they’ve made up lost time since then. (It’s certainly no coincidence that in 1978, a young hotshot by the name of Eddie Reese took over as head coach of the Texas men). In the 40 years since that first title, Texas has won an astounding 50 men’s relay titles, far outpacing any other NCAA program.

Stanford remains at #2, though they haven’t won an NCAA relay on the men’s side in almost a decade. Both Auburn and California seem to be closing the gap on #2 – in fact, Cal may have come close to tying Stanford had the 2020 NCAA Championships happened. The Golden Bears entered NCAAs ranked #1 nationally in both the 200 free relay and 200 medley relay.

Stanford leads the women’s ranks by an even more dominating margin than the Texas men. Stanford has won almost a third of the 190 relay titles in women’s Division I NCAA history. That includes the first-ever sweep of all five relays in a single NCAA Championships, accomplished in 2018. Stanford has won 11 of the last 20 NCAA relays on the women’s side.

California is the late-comer among the women’s program. The Golden Bears didn’t win an NCAA title until the year 2000 – but have piled up 23 since then. They had a chance to catch Georgia at the canceled 2020 NCAA Championships as the defending champs in three different relays.

In the past decade

Over the last ten years, the lists are even shorter. Just 7 women’s programs have won a relay since 2010, and just 11 men’s programs.

Only three new programs joined the NCAA Champions list in the past decade. The Tennessee women broke through in 2013, winning not just their first NCAA relay, but their first three NCAA relays. They added one more in 2019 and had a chance to add to that list with a strong program in 2020.

We were likely to see at least one new women’s program join the list in 2020, had the national championship meet not been canceled. Virginia was the favorite to win the women’s 200 medley relay – they’ve never won an NCAA relay for women or men before. And if Virginia didn’t pull it off, NC State (another would-be newcomer to the relay title list) was arguably the top challenger, sitting 3rd nationally behind Virginia and Michigan.

There are a few other fun facts we ran into while compiling all this data:

2013: Five Men’s relays, Five different Team Winners. See if you can get it before looking it up.

And Texas / Cal Did NOT WIN.

A lot of fun reviewing the summaries and conclusions about the last decade. Appreciated the amount of data and the details. Biggest surprise was not having UVa on the list when I did the quiz. I think I had all but one of the womens schools. So many to consider for men, that my brain ran out of steam under the pressure, but it was still easy to get over 50%. I cant guess how large the audience for this article is, but I felt I might be the only one who saw in person one or more of the Yale relay victories. Actually was involved in a RADIO broadcast of at least one. Cant remember if there was more… Read more »

Quiz: Of the 23 schools on this list that still have programs, which is the next to join UT Arlington and Rutgers?

UCLA most their men’s program a long time ago too.

The Princeton men won the first 200 MR in 1989. As I remember it, they had 50 specialists in each stroke, and they were nowhere near the podium in the 400 MR. They caught everyone by surprise with a sole focus on that relay, while everyone else was trying to figure out how to swim it.

The 3-day NCAA Championship Meet schedule is a relic of the late arrival of the 200 MR and 200 FR on the national scene. Those relays were tacked onto the first and second days as the first event of the session, while the established relays were at the end of the session. The 200 relays were put on different days than the 400 MR… Read more »

I did the 1650/2fl at d3s back in 1986. At our conference championship I had a great mile and my coach told me ‘ just stay legal Jim’ as I headed back to the blocks. Qualified 7th, got 8th by 6 seconds in finals. Didn’t repeat that the next three years.

Virginia women should, based on talent, win a title in the next 3 years.

There’s nobody obvious on the men’s side that is knocking on the door to win one, but as the UVA women have shown, that can change very quickly. Stanford men seem like the most likely interloper at this point.

If NC State can replicate 2021 recruiting over a couple seasons, they may jump into the picture on the men’s side