Five Non-Hazing Team-Building Exercises That Your Swimmers Will Enjoy 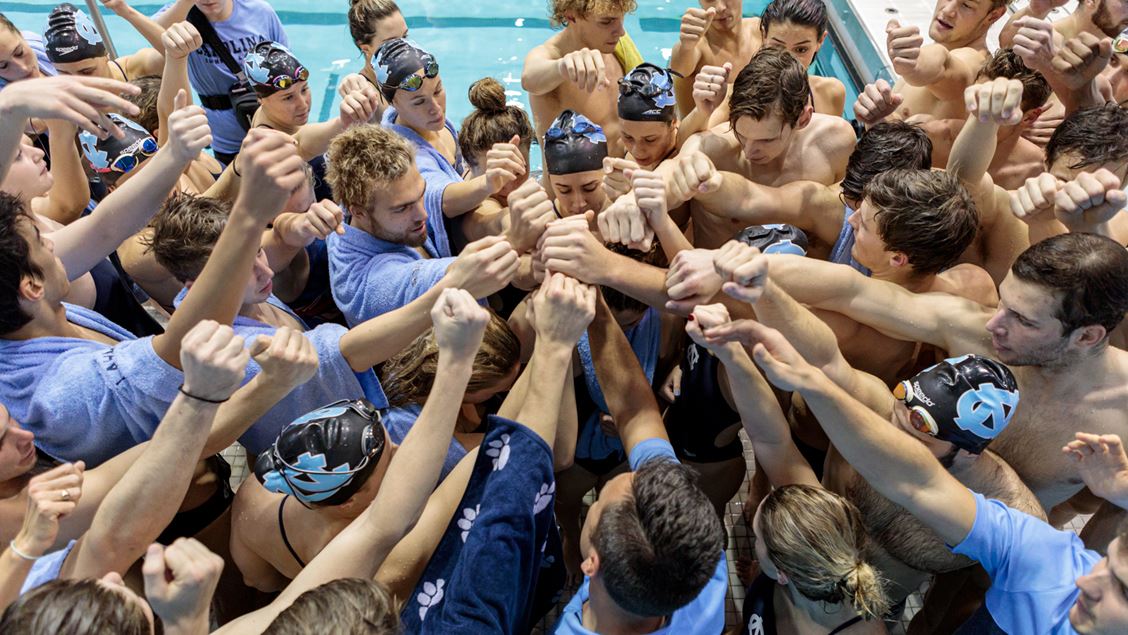 Team-building exercises can vastly increase camaraderie among swimmers, and these safe and positive activities will help ensure everyone has a good time. Archive photo via Barron Northrup/UNC Athletics

Instead, some swimmers turn to more dangerous activities, like hazing. Colleges all over the country, from Brown to Lehigh to LSU have been accused of hazing incidents, which can include coerced drinking or other harmful activities. Not only can these activities be dangerous, but they’re often detrimental to team building too, in spite of being ostensibly done in the name of “team building.” In at least one case, Western Kentucky, hazing activities have given administrators an excuse to cut a program.

These problems aren’t likely to go away on their own, and young, elite athletes, by their nature, are often predisposed to push boundaries. This means that saying “no hazing” doesn’t always solve the program.

The other part of the picture is for coaches and captains come up with alternative team building activities that don’t require swimmers to participate in illegal, dangerous, or harmful activities, but that can still be considered fun, even by teenagers and young adults.

The key to teen team-bonding is that it’s not a one-stop shop. Including a few activities throughout the season can consistently encourage your swimmers to hang out with people outside of their friend group. Plus, these exercises are just a lot of fun!

College #3 Drink Pong Tournament? Right – go ahead and teach the drinking game before they can drink alcohol so they can practice. Come on swimswam no bueno!

This is an excellent article. Especially for the team members and the leadership. I know the mention of the drinking games are controversial, but college students are going to party at one time or another. As long as it is social and safe, and within the guidelines and the goals of the team, coaches and administrators should allow it without openly condoning it. It is very important that all team members understand that times have change since the supposed “good ol’ days” of the “Animal House” mentality. Hazing and dangerous drinking games will get your program eliminated, teammates could die and team members will possibly face criminal charges. Have fun and build the team, but be vigilant and responsible!

You lost me in the first paragraph when you implied teenagers don’t like sharks and minnows. Blasphemy!

When are we going to see an article for hazing-based team bonding activities?

I feel like as a college coach the best thing you could do would be to stay as far away from it as possible right?

The only difference between “team building” and “hazing” is the perspective of the participants, and everyone knows that if you associate with enough people eventually someone will take something in a way that was unintended.

Sad that people put others at risk with radical initiations. Why not play cards, monopoly, hop scotch, go to operas or volunteer at soup kitchens??? Come on man!!!

I can’t tell if this is sarcasm or not

Guys. Relax. Clearly this article was supposed to be titled WAYS TO GET SO FIRED YOUVE NEVER BEEN SO FIRED and someone just messed up. It’s a typo. Relax.