How To Qualify For the 2016 Canadian Olympic Team 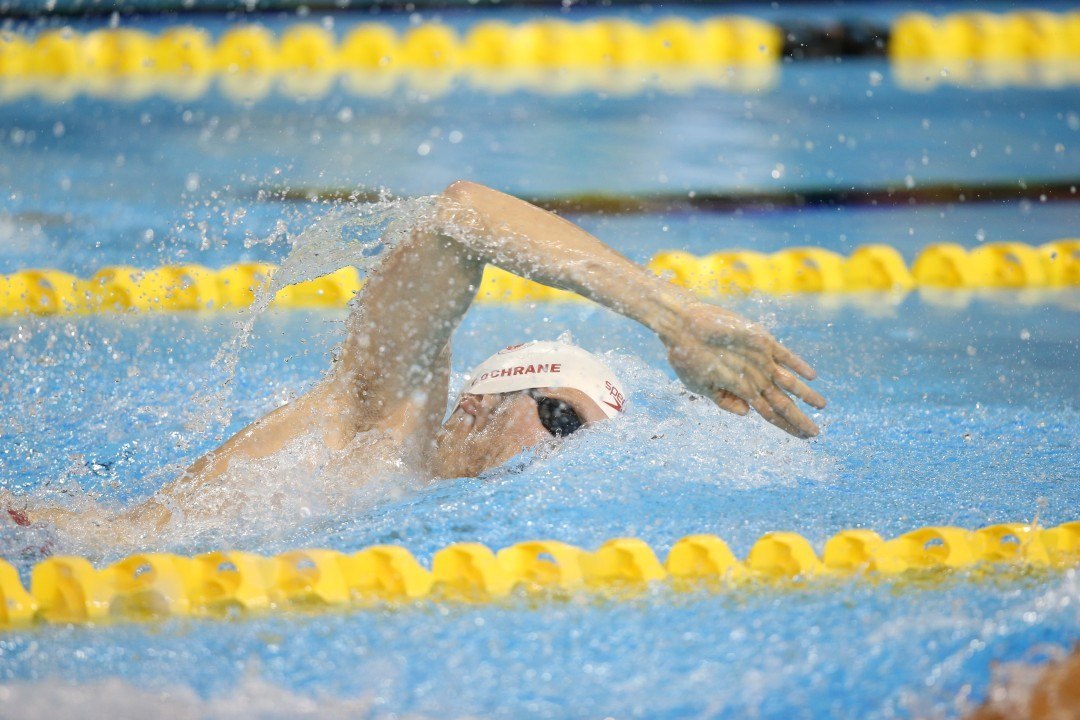 Swimming Canada's selection process is unique, posing seven different ways that an athlete can qualify for the team. When an athlete meets one of the seven qualifying criteria, Swimming Canada will submit their nominates to the Canadian Olympic Committee who will ultimately approve the nominations. Archive photo via Chris Tanouye/www.christanouye.com

Swimming Canada’s selection process is unique, posing seven different ways that an athlete can qualify for the 2016 Olympic team that will represent Canada in Rio. When an athlete meets one of the seven qualifying criteria, Swimming Canada will submit their nominations to the Canadian Olympic Committee who will ultimately approve the nominations.

“All Swimmers finishing first in an Olympic event and achieving the Olympic Qualifying Time at the Trials shall be nominated.”

This one is pretty simple. If the athlete touches first in the ‘A’ final at trials and makes it under the FINA ‘A’ time they’re nominated for a spot on the team.

“All Swimmers who finished in the top 3 at the 2015 FINA World Championships in an individual Olympic event and submit a Request for Consideration of Performance in that specific event will be considered for Discretionary Nomination.”

This category only applies to Ryan Cochrane on the men’s side and Emily Overholt on the women’s side. Cochrane earned bronze in both the 400 and 1500m freestyles at last summer’s World Championships and Overholt won the bronze in the 400m IM. There is no evidence that supports that either of these two swimmers have submitted a “request for consideration of performance.”

“All Swimmers finishing second in an Olympic event and achieving the Olympic Qualifying Time at the Trials shall be nominated to a maximum of 2 Swimmers per event inclusive of Priority 1 & 2.”

“The top 4 swimmers in the 100 m and 200 m Freestyle events shall be nominated provided that the sum of their times posted in the finals at trials, minus 1.8 seconds, achieves the Relay Qualification Time.”

All of the women’s relays and the men’s 4×100 freestyle are already qualified for Rio. The men’s 4×200 free and 4×100 medley relays are the only relays that still need to qualify.

A note at the bottom of priority four states, “Nominations in the Men’s 4×200 Freestyle Relay will be provisional until confirmation of qualification from FINA on June 3rd 2016.”

“The first place finisher in each of the 100m events shall be nominated provided that the sum of their times posted in the finals at the Trials, minus 1.8 seconds, achieves the Relay Qualification Time. In the instance that the same swimmers finishes first in two or more 100m events, the times of the second place swimmer shall be considered. The second place time that produces the fastest total time will be used for the purpose of nomination.”

This one as well is very simple. Santo Condorelli is the top Canadian seed in both the 100m freestyle and 100m butterfly. If he were to win both, the nomination would either go to the second place flyer or freestyler depending on how far behind him they were in the given event.

“At the end of Trials, if any of the relays are not nominated as a result of priority 4 & 5 the Swimming Canada High Performance Director at his sole discretion may nominate additional Swimmers to the team to enhance the relay events. Swimmers must achieve the Olympic Selection Time between March 1st 2015 and the end of Trials (flat start) at a FINA approved qualification event in order to be eligible.”

“All additional Request for Considerations received under section VI will be considered, up to a maximum of 2 swimmers per individual events, inclusive of Priorities 1-6. Priority 7 shall not be used to unseat any swimmer previously nominated through Priority 1-6.”

This would only apply in an event where there is only one qualifier or no qualifiers following priority 1-6.

The Canadian Olympic Trials will be taking place April 5-10 at the Toronto Pan Am Sports Centre.