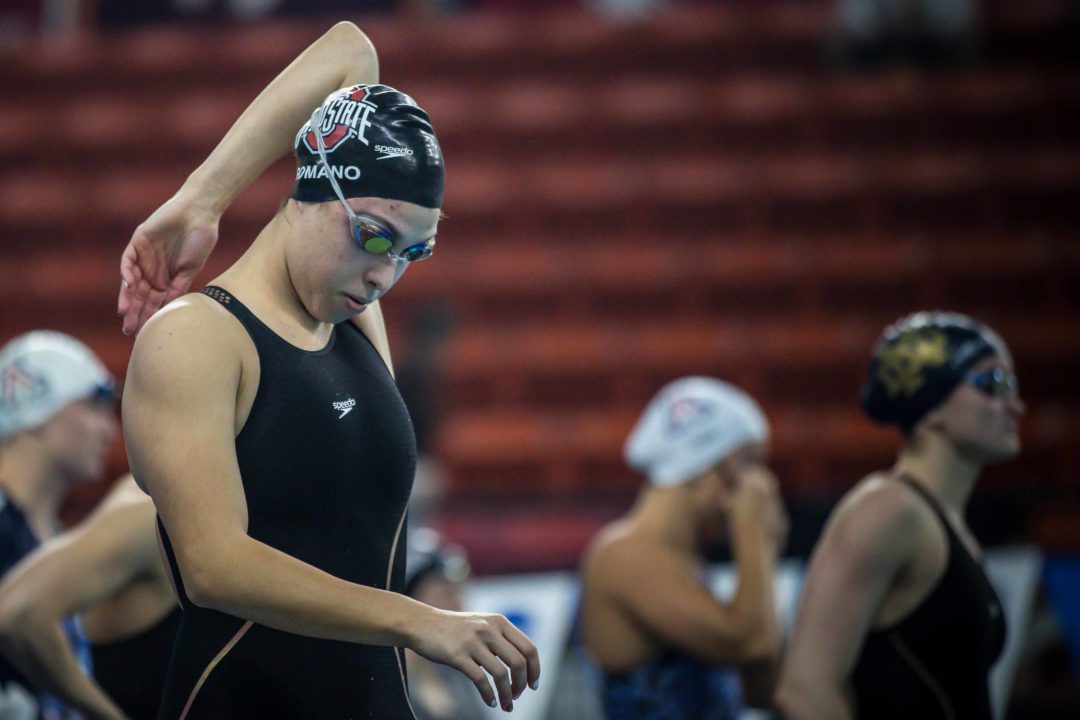 Ohio State alumna Kristen Romano closed out the meet on Sunday night with a victory and meet record in the women's 200 backstroke. Archive photo via Jack Spitser/Spitser Photography

The five-day Central American and Caribbean (CCCAN) Swimming Championships came to a close on Sunday night, with several national records going down and Puerto Rico finishing well ahead in the team point standings.

Taking place in the Puerto Rican capital of San Juan, the host nation compiled 1,697 points by meet’s end, with Venezuela sitting second with 790.

Over the final three days of competition (you can read about the first two days here), Puerto Rico’s Yeziel Morales was among the top performers as he swept the men’s backstroke events (18 & over category), setting a new National Record in the 50.

Among the other noteworthy performances over the weekend included Puerto Rico’s Kristen Romano winning the women’s 200 back (2:13.75), her teammate Jarod Arroyo topping the men’s 400 IM (4:17.94), and another Puerto Rican, Victor Rosada, producing a very strong 2:01.74 in the men’s 200 fly.