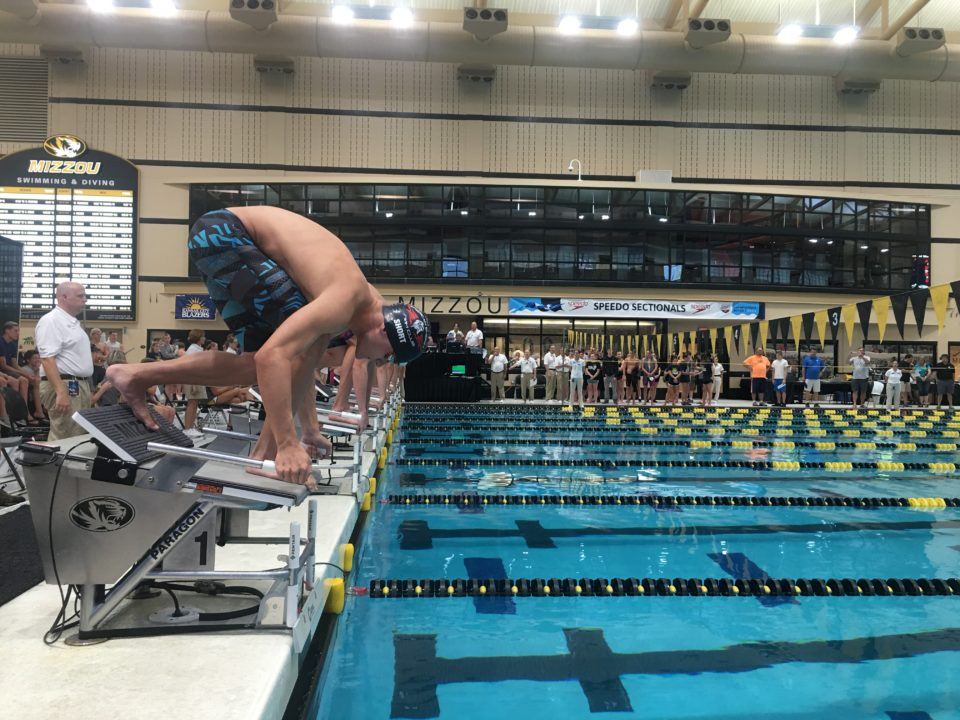 Since head coach Greg Rhodenbaugh’s arrival in 2010, Mizzou has been pumping out top level athletes, with the likes of national teamers Michael Chadwick, Hannah Stevens, and Carter Griffin. I went to visit the University of Missouri to see what they had in store over winter training. I caught them just 2 days before they were hitting the road to dual Texas A&M and SMU, and it was clear they were not taking it easy.

While most of the team did that set, on the other side of the pool the distance group did the same thing, but double the fast distance and only 5 rounds. So while everyone else was going 25-50-75, D-group was going 50-100-150 with the goal of maintaining 50 speed as much as possible. Their coach, Jack Brown, actually wanted them to reach failure at some point during the rounds, and them between rounds reset and try to make it a little further before reaching failure on the next round.

What were these on?

How much rest… what were the intervals???