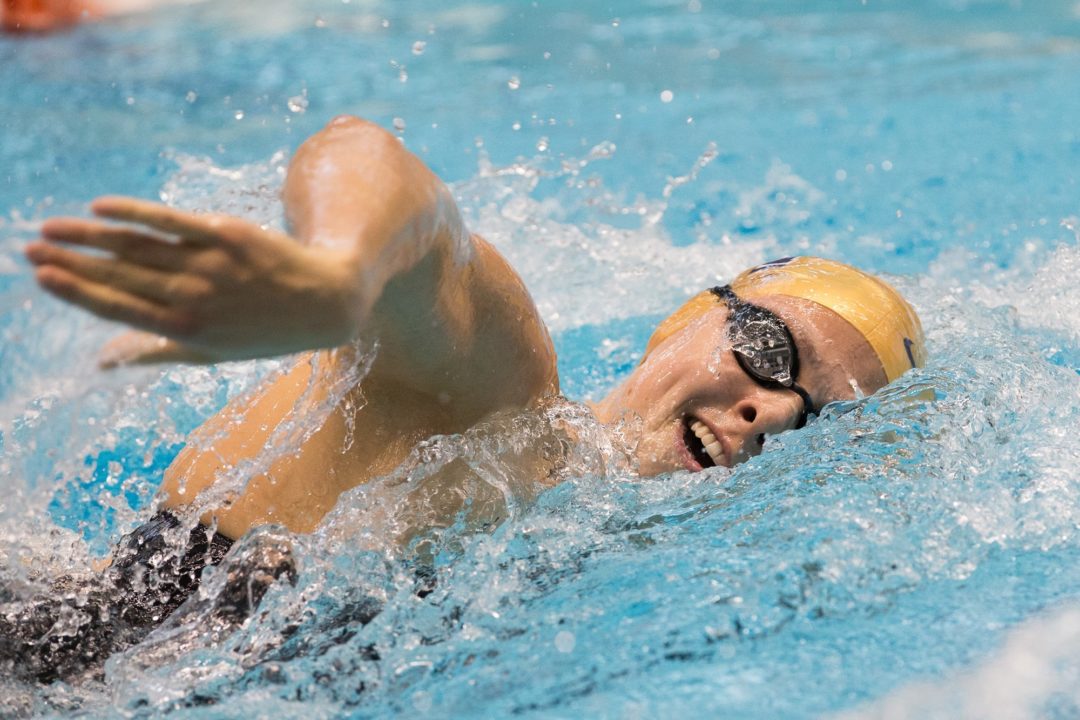 Dani des Tombe had a big 100 free win for the Panthers, while the Pitt men overwhelmed with depth with an ensemble cast of winners. Archive photo via Tim Binning/TheSwimPictures.com

On a busy weekend in college swimming, the Pitt Panthers went on the road to Morgantown, West Virginia to beat the West Virginia Mountaineers on the men’s and women’s sides in the annual Backyard Brawl.

The middle-distance frees set up an exciting showdown in the middle of the meet. Dani des Tombe won the 200 free for Pitt, going 1:53.35 early in the meet, and then right before the first diving break West Virginia’s Jaimee Gilmore went 24.11 to win the 50 free. Kicking off the second block of swimming events, the two collided in the 100 free, with des Tombe rocketing to her second win of the night in 52.34. Gilmore was 53.01 for second.

The teams split the diving events, with WVU’s Lindsay Schmidt scoring 256.50 to win on 1-meter and Pitt’s Rachel Saunders answering back with a 252.67 point win on 3-meter.

On the men’s side, West Virginia managed to win both relays, but still came up short in the team scores. Pitt overwhelmed the Mountaineers with depth, winning 8 individual events with 7 different swimmers and loading up on second and third-place points.