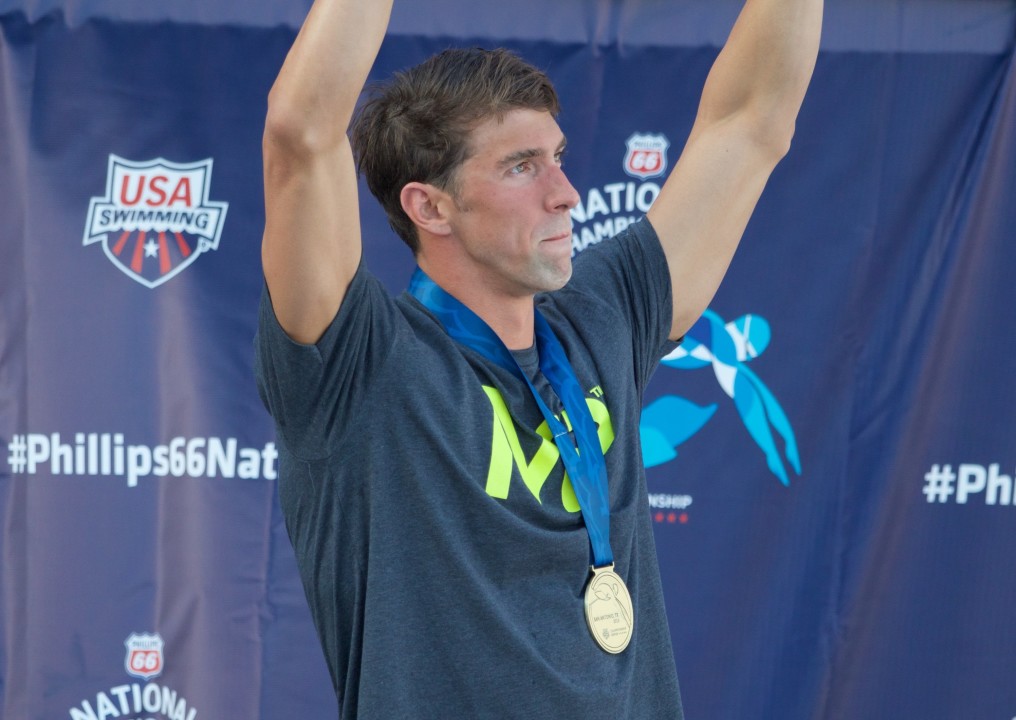 The 2015 U.S. Nationals concluded tonight, but not before 22-time Olympic medalist, Michael Phelps, entered the water for one more race.  The North Baltimore Aquatic Club (NBAC) ace swam his way to a 5th place finish in the men’s 200m breaststroke, nailing a new personal best of 2:11.30.

That event capped off a simply extraordinary meet for 30-year old Phelps, as he clocked the world’s number one times in his trio of monster events earlier in the meet.  Phelps registered a time of 1:52.94 in the 200m butterfly, 50.45 in the 100m butterfly and 1:54.75 in the men’s 200m IM to top the globe in each event. For his remarkable efforts that put the world’s best on notice, Phelps would up with a huge 74 points to earn the 2015 U.S. Nationals High Point Award.

On the women’s side, Athens Bulldog Hali Flickinger earned the High Point Award title, after scoring a massive 82 points for her heavy schedule from the meet.  Flickinger tackled multiple events per day in some cases, but reaped the rewards in the form of one national title and two runner-up finishes, in addition to finaling in two other events.