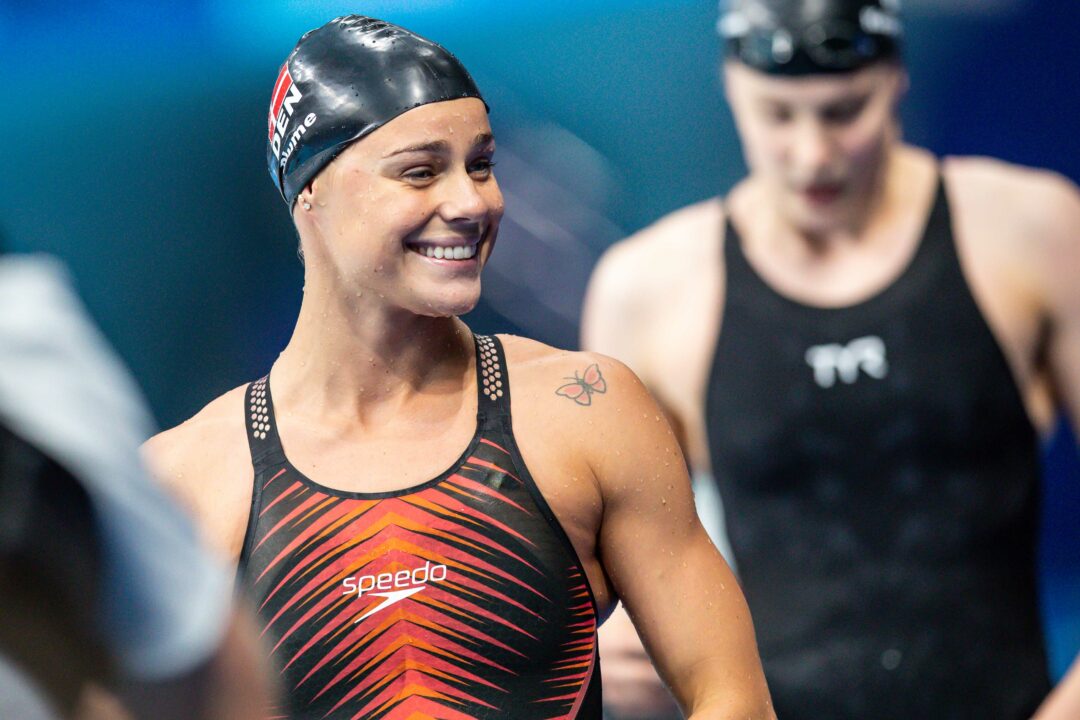 Blume and her professional dance partner Morten Kjeldgaard were electric on Friday with Blume sporting a bright blue jumpsuit with fringe and sparkles. They were able to combine samba with moves from the 1980s, finishing the dance with beaming smiles and The Sprinkler.

They earned 40 points to crush their previous best score of 36 points from last week. Blume and Kjeldgaard have yet to find themselves at the bottom of the scoreboard or in danger of elimination after six weeks of competition. They earned 34 points during week four and have had the highest score of the week twice now.

Thank God it was not in Danish .