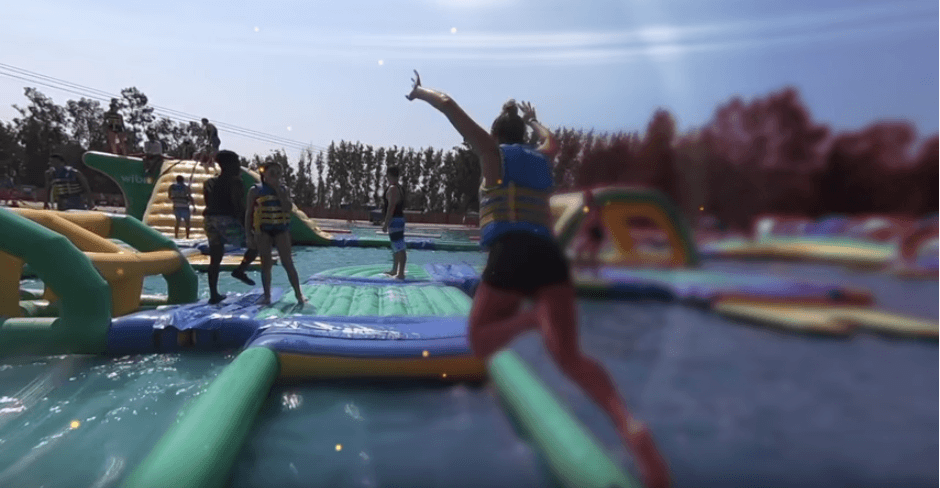 The Pacific Tigers Swimming & Diving team took on some pre-season team bonding earlier this month via their annual retreat...

The Pacific Tigers Swimming & Diving team took on some pre-season team bonding earlier this month via their annual retreat to the Wake Island Waterpark. There, they slipped, slid, and generally tried to fight their natural urge as swimmers to end up in the water.

Featuring the theme song from the movie The Greatest Showman, check out a video of the activities below.

The team kicks off its season on Saturday with its annual alumni meet, with their first intercollegiate competition coming on Wednesday when the men’s team races against last year’s NCAA Championship runners-up Cal.

The women start their intercollegiate schedule with the Pac Invite on Friday, October 12th and Saturday, October 13th (the men will race there as well).