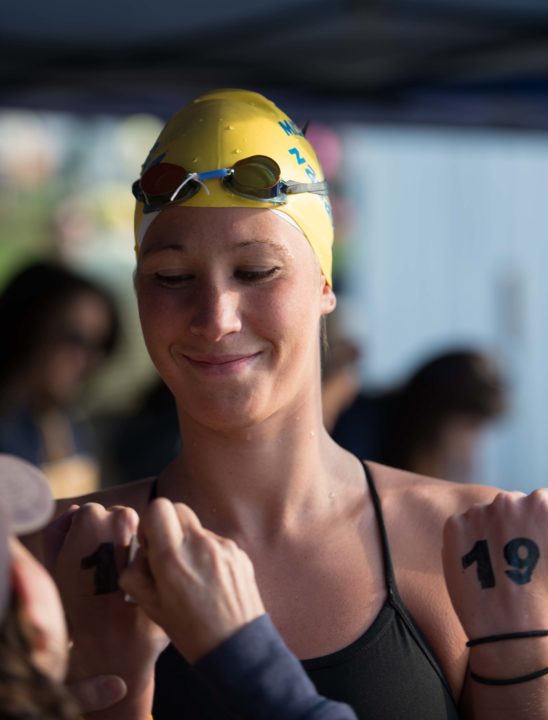 For Ashley Twichell it’s another big win in 2014 – she took the title in the BHP Aquatic Super Series Swim the Swan race last week in Western Australia. She kept things rolling down in the southern hemisphere covering the shorter Midmar distance in 19:45.  Behind her was Great Britain’s Keri-Anne Payne who, like Twichell, has her sights set on the 10K swim at the 2016 Rio Olympics.

Chad Ho had a phenomenal streak going in this race, his win in 2104 marks the 5th consecutive title at Midmar Dam.  For Ho it was much tighter race with fellow South African Troy Prinsloo just 8 tenths of a second behind.

The Midmar mile takes place throughout the weekend and features several categories of event that include corporate teams, family teams, and a wide range of categories for all ages.  For more information on the event as well as how to enter the 2015 race, stay tuned to the Midmar Mile website.