Only 25% Of Japanese Surveyed Support Holding Tokyo Olympics in 2021 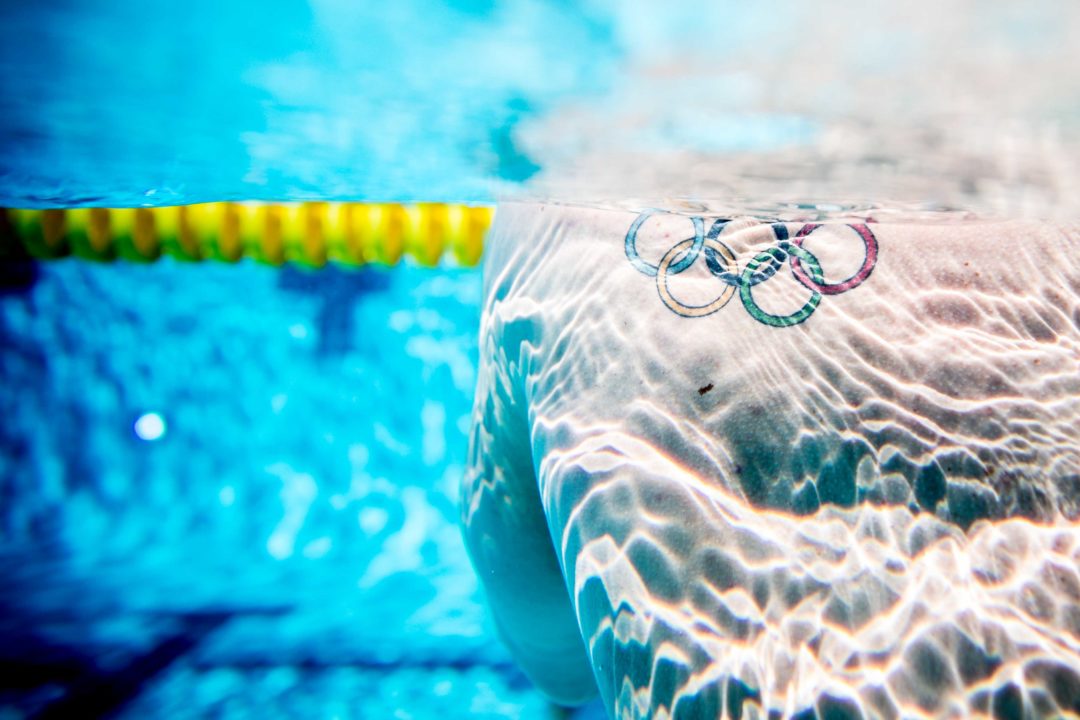 We're at the 'one year to go' mark but polls in the host nation of Japan reveal only 23.9% of citizens are in favor of holding the Olympic and Paralympics. Archive photo via Jack Spitser/Spitser Photography

The Olympics That Would Have Been: Campbell, U.S. Relays Finish Strong On Day 8

Cate Campbell and the American medley relays were among the highlights on the final day of swimming at the parallel universe 2020 Olympic Games.

The Olympics That Would Have Been: Dressel’s Triple Triumph On Day 7

Just as he has done at the 2017 and 2019 World Championships, Caeleb Dressel is slated for three finals swims on Day 7 in Tokyo.

The Olympics That Would Have Been: Manuel’s 100 Free Magic Highlights Day 6

Simone Manuel, Cate Campbell and Sarah Sjostrom had yet another showdown in the women’s 100 freestyle on Day 6 of the parallel universe 2020 Games.

In March of this year, the International Olympic Committee (IOC) revealed the new dates for next summer’s Olympic Games. Spanning July 23rd to August 8th, the revised dates are situated almost exactly one year after the original dates of July 24th to August 8th, delayed due to the coronavirus pandemic.

We’re at the ‘one year to go’ mark until the world’s biggest summer sporting event, but recent polls in the host nation of Japan reveal only 23.9% of citizens are in favor of holding the Olympic and Paralympics. More than half of the 2,097 Japanese citizens polled via telephone say they are ‘dissatisfied’ with Prime Minister Shinzo Abe‘s response to the coronavirus situation. (Kyodo News)

Additionally, 36.4% of respondents to the nationwide opinion pool think that the Summer Games should be postponed again, while 33.7% say they should be cancelled entirely, citing opinions the government should instead prioritize resources on fighting the spread of the coronavirus in Japan.

Moreover, per Kyodo News, while the approval rate for Abe’s Cabinet stood at 38.8 percent, compared with 36.7 percent about a month ago, it found that 66.4 percent think the government should declare again a state of emergency in response to a recent surge in the number of new virus cases in Tokyo and elsewhere.

At the time of publishing, the nation of Japan reports 25,692 cases of coronavirus since the pandemic (.02% of the population) resulting in 988 deaths.

Although the coronavirus pandemic as a reason for decreased enthusiasm for the Games is brand new, the fact that not all citizens support an Olympic Games’ production is not. In a study entitled Public-Opinion-in-Olympic-Cities researchers concluded that, historically, ‘hosting the Olympics is fraught with significant concerns, controversy and even opposition.’

In the study, it’s noted that ‘It is in this phase [implementation] that questions about costs, traffic, and prioritizing the urban agenda become most acute and apprehension and conflict builds.’

I didn’t know that. Was London very much an outlier then? Most polling had public support well over 50%.

They had strong public support from host populations in 2000, 2004 and 2008 as well. Yes even despite all the dramas Greeks had very high support for hosting the games.

My first though was “what was it polling at this time last year?”

Agree NOLAN, the Olympics are typically a financial burden for most as there aren’t many cities setup to host them. The capital expenditures are enormous and there’s usually not even demand to make a profit off the facilities after the games.

The residents, I presume, have a healthy respect for the virus as they are currently experiencing a 2nd wave of cases over the past 3 weeks. Unfortunately the US has one-hundred times the number of daily cases of covid comparatively, yet only a fraction of the concern.

Off-topic but I’m curious as to even a few swimmer’s/swammer’s opinions on it:
I don’t swim alone even though I’ve swam competitively, been a lifeguard, and have scuba certification. For years I’ve said to my non-swimmer friends its respect for the water. Does anyone else do this or am I the only one?

You can respect the water without needing someone to hold your hand when you go for a swim.

Tokyo, Japan is going to have the Olympics. They might not have all the athletes there at the same time. The question should be whether or not to allow China to compete for releasing this devastating virus on the world.

How about not allowing Americans to complete. Soon to be the largest COVID Cases in the WORLD

That’s probably fake news. You are not going to get any truth coming out of a communist country. If you noticed China has not released any reports.

If you banned certain countries then the games would have an asterisk for that reason alone. Considering that the US almost doubled the total medal count of China and Great Britian in 2016, would the games feel right without full attendance?

USA could have their own NBC Olympic Games at home. They never acknowledge anyone else anyhow .