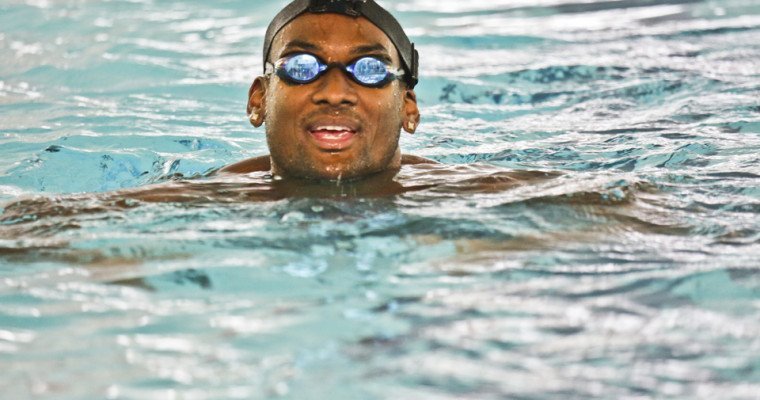 The following is a press release courtesy of ML Management:

Burrows will attend the “Mrs. USA Universal 2014” pageant, which features competitors who are twenty-five years or older and who have been married for at least one year.

“My first love in life is swimming, but women who are passionate about the competitions they compete in is a close second,” said Burrows. “I’m honored to be asked to judge this pageant, and I can’t wait to see what these women have to show.”

The Mrs. USA Universal Pageant promises “an incredible journey for women, including meeting new friends and experiencing a pageant like you never have before!” With strong beliefs in “unity”, “empowerment”, “family”, “strong female role models” and “platforms”, the pageant guarantees competitors aren’t just a number and will never be treated as such.

The Mrs. USA Universal Pageant will have participants competing in five different areas, including interviewing, lifestyle and fitness, a costume competition, on stage questioning, and an evening wear competition. The winner will receive airfare and hotel accommodations to compete in the prestigious Mrs. Universal Pageant in Lumpur, Malaysia as well as a Couture rhinestone crown and the much coveted Mrs. USA Universal 2014 sash.

Elvis Burrows is a Bahamian swimmer who specializes in sprint freestyle and butterfly events. He is a four-time national record holder in his respective swimming events, and was a member of the Kentucky Wildcats swimming team, upon his admission at the University of Kentucky. He won a state championship title for sprint freestyle in 2005, and later emerged as the most valuable swimmer of the year at Seneca High School in Louisville, Kentucky.

Burrows made it into the international scene, when he represented his homeland, the Bahamas, at the 2008 Summer Olympics in Beijing. Burrows completed his event, with a time of 23.19 seconds. He also competed at the 2010 Central American and Carribean Games in Mayaguez, Puerto Rico, and won a bronze medal in the men’s 50 meter butterfly event, with an impressive time of 24.30 seconds.

For more information, visit him on Twitter at @ElvisVB

ML Management Group was founded by a group of business executives and entrepreneurs to provide talent management specifically to the extreme sports industry. ML Management Group takes a comprehensive approach to sports management. We provide our clientele with a holistic approach and a professional business environment for them to manage and further their careers, financial interests, and personal life objectives.

For more information, visit us online at MolonLabeMMA.com or on Twitter at @MolonLabeMMA

The best perk is that he gets a trip to Woonsocket, Rhode Island.

What are the qualifications to judge this contest?!

Would love to get in touch with ur mom, Stef. Worked with her in the 80s. Im fr jamaica