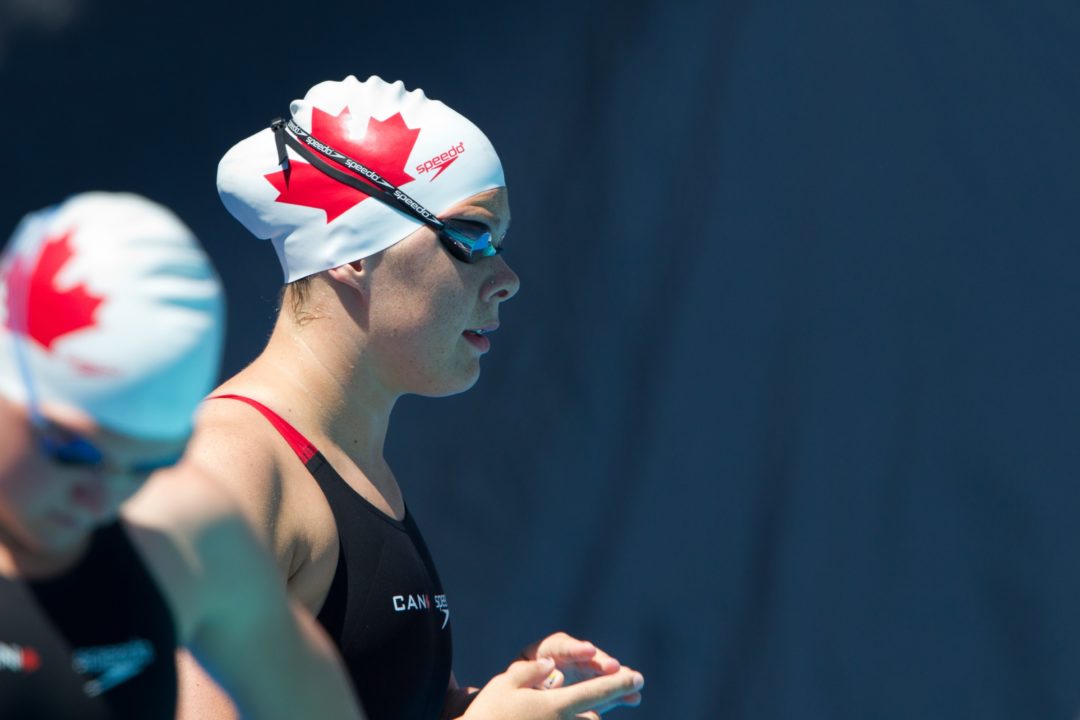 A handful of Olympians and Canada’s top junior swimmers are the featured performers for the 2013 Summer Nationals competition set to take place at the Pointe-Claire Aquatics Centre on Montreal’s West Island from July 17-20. (Photo Credit: Tim Binning, theswimpictures)

A handful of Olympians and Canada’s top junior swimmers are the featured performers for the 2013 Summer Nationals competition set to take place at the Pointe-Claire Aquatics Centre on Montreal’s West Island from July 17-20.

For the juniors, the competition is a selection trials for the FINA World Junior Swimming Championships set for August 26-31 in Dubai. A maximum of 15 male and 15 females will be selected to the team.  Among the top juniors are Evan White of Oakville, Ont., Luke Reilly of Richmond, B.C., Sydney Pickrem of St-Jerome, Que. and Emily Overholt of West Vancouver, BC who all represented Canada on the Australian junior tour in January.

At the senior level, 2012 Olympians David Sharpe of Halifax, Heather MacLean of Etobicoke, Ont., and Jillian Tyler of Calgary are gearing up for a new quadrennial which they hope will eventually lead to another Games appearance in 2016.

There will be plenty to cheer about for local fans with 18 swimmers competing from the host Pointe-Claire Swim Club, including Olivia Paskulin, James Guest and Antoine Bujold. Other Quebec swimmers to watch for include Marie-Soleil Jean-Lachapelle of Montreal who is seeded No. 1 in the women’s 50-m breaststroke, 13-year-old phenom Marie-Sophie Harvey of Trois-Rivieres, Que., and Vanessa Charron of Quebec City.

In all 98 clubs and 411 swimmers are competing at the annual event.

Competition starts each day 10 a.m. with preliminaries and finals are at 6 p.m.

This is an unedited press release courtesy of Swimming Canada.