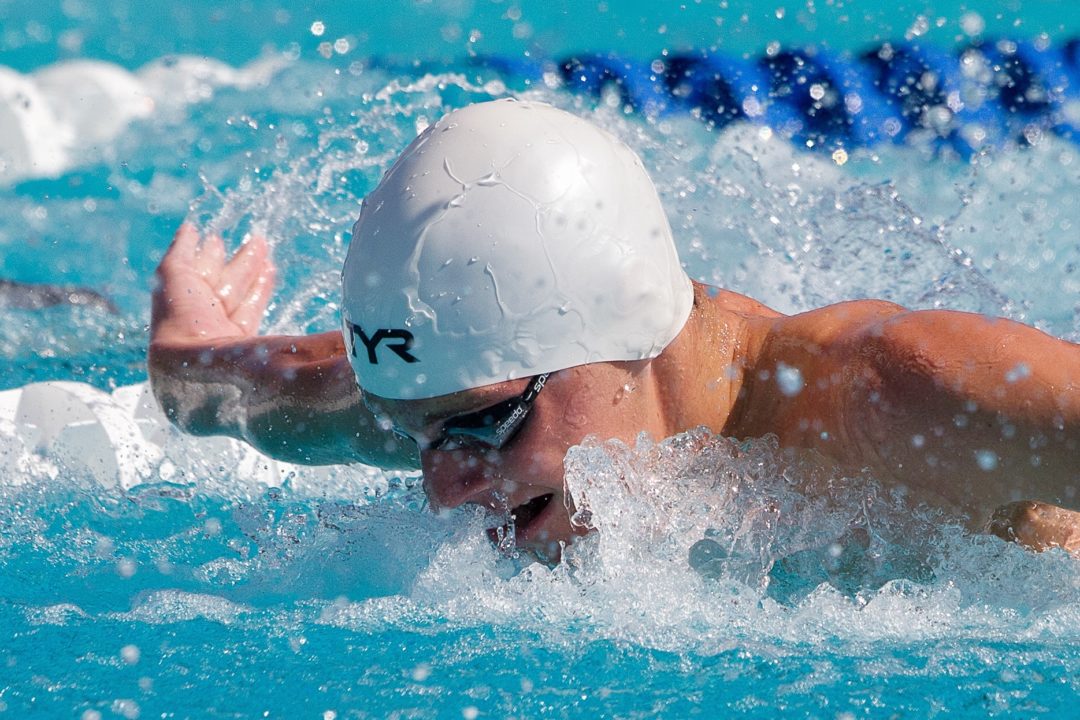 Curtis Ogren from St. Francis knocked just over a tenth from his own National Independent High School Record in the 100 fly. Archive photo via Tim Binning/TheSwimPictures.com

Curtis Ogren of Saint Francis High in Mountain View, California has broken his own National Independent High School Record in the 200 yard IM, swimming a 1:44.90 in finals on Saturday at the Central Coast Section Championships.

That broke the 1:45.01 that he swam at the same meet a year ago. The prior record holder was Matt Thompson from Dallas Jesuit in 1:45.27 from 2009. Thompson swam for Stanford, just as Ogren will.

Ogren was a 1:45.61 in prelims, which was already encroaching upon his record, and in finals, with nobody in the frame with him, the future Cardinal roared to a new record.

The comparative splits show that not much has changed significantly between Ogren last year and Ogren this year. He seems to have backed off on his fly just a hair, but made up for that (and then some) with more energy for the rest of the race.

Ogren, like everyone else, is still a long way from the overall record, which belongs to David Nolan in 1:41.39.