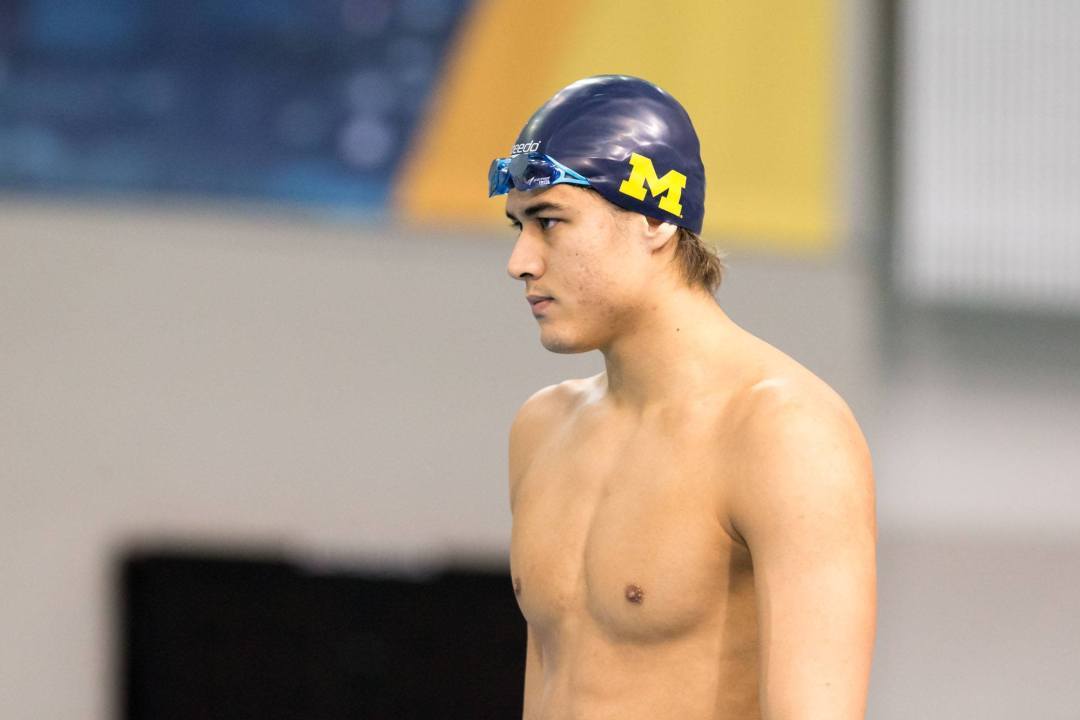 There are only a handful of scratches heading into tonight's Winter Nationals finals, and none out of an "A" final. Michigan's Bruno Ortiz (pictured) is out of the 100 fly along with SwimMAC Olympian Cullen Jones. Archive photo via Tim Binning/TheSwimPictures.com

There are only a handful of scratches heading into tonight’s Winter Nationals finals, and none out of an “A” final.

The highest seed to scratch out is Gator Swim Club 17-year-old True Sweetser, who was 12th in the 400 IM. Sweetser is in the middle of a huge breakout meet; in prelims of the IM, he dropped six and a half seconds off his lifetime-best to go 3:53.43.

He’ll drop that event to focus on the 200 free tonight, where he’s seeded 23rd after going 1:37.95 in the morning. Given that the 200 came shortly after the 400 IM, he should have a great shot to better his prelims swim (already a lifetime-best) in the C final.

Other scratches for tonight’s finals: