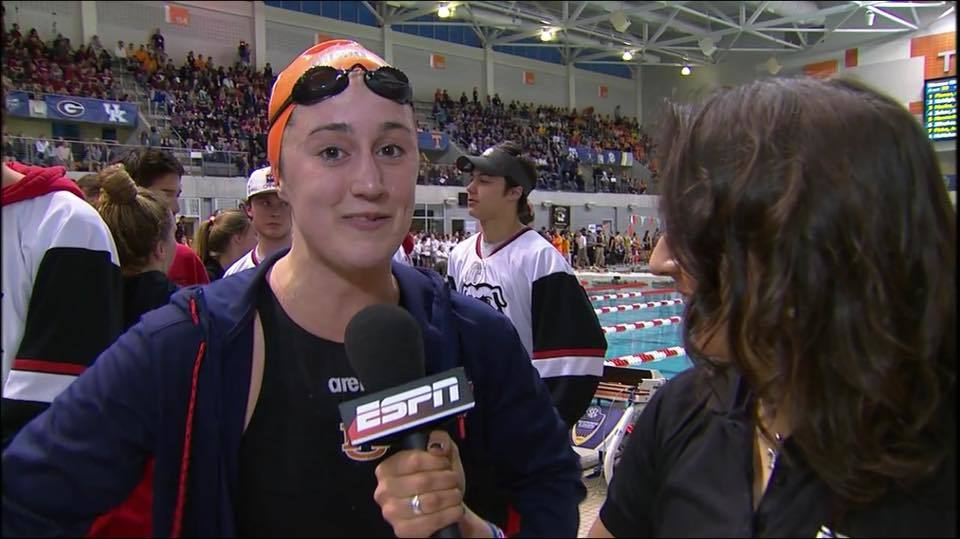 In addition to recieving the Hammer Award, Neidigh was also honored with the Auburn Swimming & Diving Award alongside fellow senior and SEC champion Joe Patching. Archive photo via Lauren Neidigh

The Auburn Tigers held their annual awards banquet last weekend to honor the senior class and celebrate the 2016-17 season. SEC champion seniors Ashley Neidigh and Michael Duderstadt were given the Hammer Award, which is awarded to the swimmers who score the most points at the women’s and men’s NCAA championship meets. At the women’s meet, Neidigh earned All-American status with her 8th place finish in the 1650 free. Duderstadt finished 5th for All-American status in the 100 breast and took 9th in the 200 breast at the men’s meet.

In addition to recieving the Hammer Award, Neidigh was also honored with the Auburn Swimming & Diving Award alongside fellow senior and SEC champion Joe Patching. During his career at Auburn, Patching was a 2-time inidividual SEC champion and a 16-time All-American. At the 2017 NCAA championships, he was a scorer in the 200 IM, 400 IM, and 200 back individually.