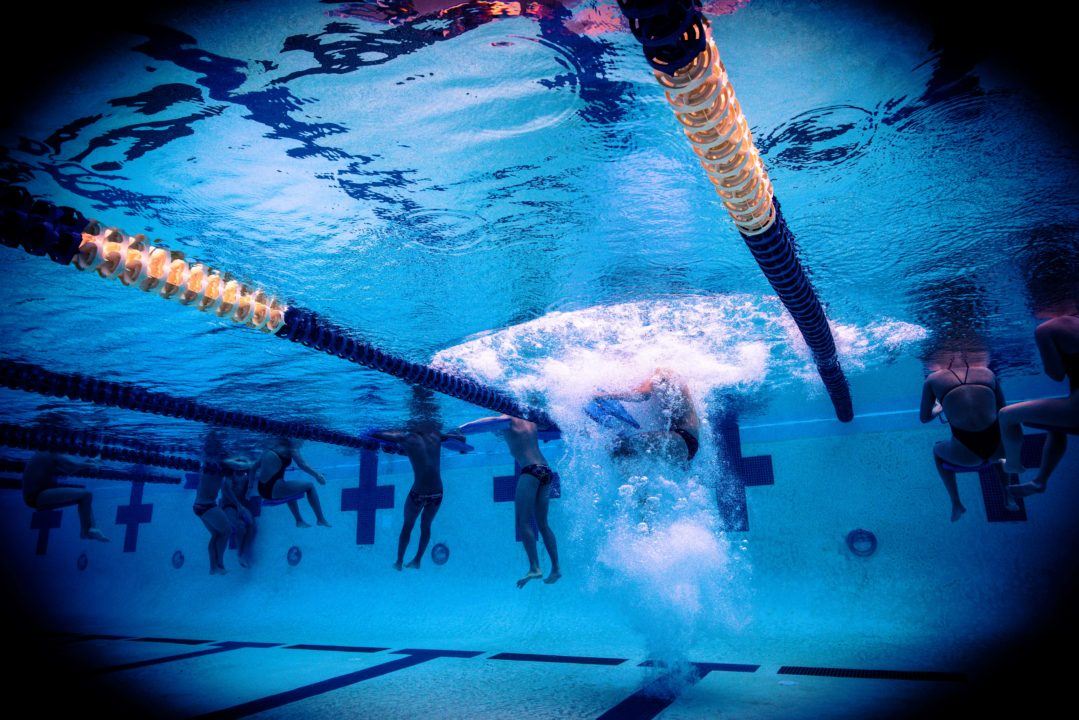 NC State's Mason Revis notched a new personal best to win the 500 free, turning in a 4:26.30 to win it ahead of UNC's Nick Palmer (4:27.64). Archive photo via Mike Lewis/Ola Vista Photography

Day 1 of the 2018 Janis Hape Dowd Carolina College Nike Invite is now in the books. Swimmers competed individually in the 500 free, 200 IM, and 50 free tonight, while some teams also competed in the 200 free relay and 400 medley relay.