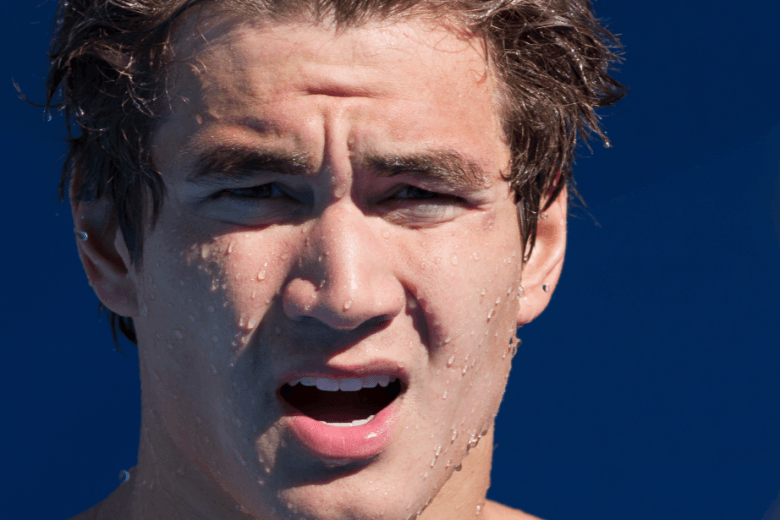 Texas post grad and volunteer assistant Ricky Berens was the only other swimmer under 50 seconds in the race, as he took a runner-up spot in 49.35; that won him the $300 second-place prize and knocked his teammate Jimmy Feigen to 3rd in 50.01.

Awesome. Nathan is a class act.

Omg those girls are stalking Nathan and disguising themselves as swim bloggers.. Kray Kray!

Surely you are not serious Truthbetold. Eve & Candace are awesome and highly entertaining.

There is nothing entertaining about being a stalker. Kray!

watch their videos! they are hilarious! LOVE LOVE LOVE Eve and Candace.

They are not hilarious. Do not call yourselves “swim bloggers” if you are going to focus and stalk one swimmer only. What happened to Anthony Ervin? You didn’t even announce who won the 50 free which just goes to show you don’t even care about the sport of swimming, just stalking Nathan Adrian. Just be honest and call yourselves a Nathan Adrian stalker blog. It’s pretty obvious! And that one with the creepy eyes. If I was Nathan, I’d check under my bed every time I came home, just to make sure she wasn’t hiding there with a laundry bag full of my used speedos.

Do your research buddy, they talk about Anthony Ervin just as much as Nathan Adrian. Anthony is their ‘favorite person on this Earth’. As you would see if you bothered to watch their videos, they know a hell of a lot about swimming and the athletes, so what if they comment that Nathan is attractive.