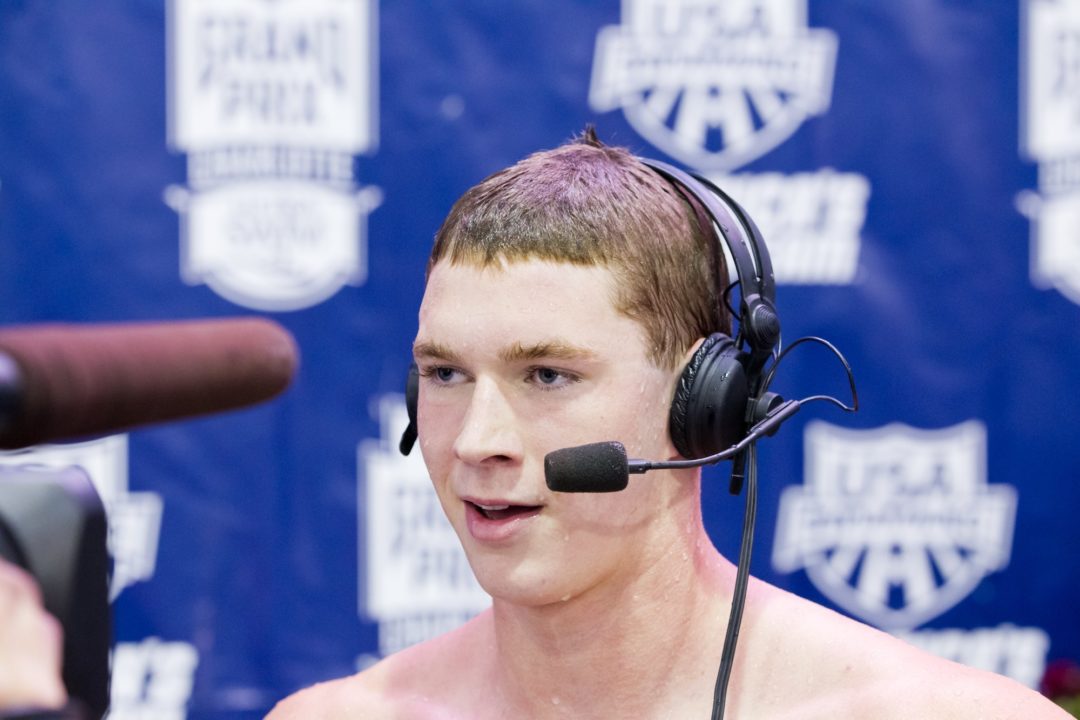 Friday nights finals at the Los Angeles Invitational was a tune up for many of the swimmers on the U.S. World Championships Team roster. Stock photo via Tim Binning/TheSwimPictures.com 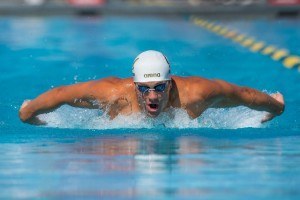 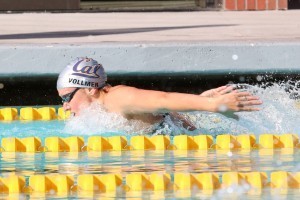 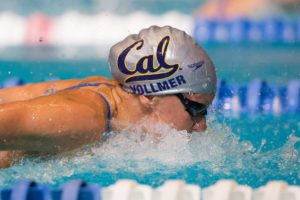 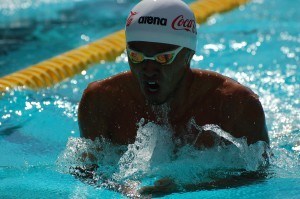 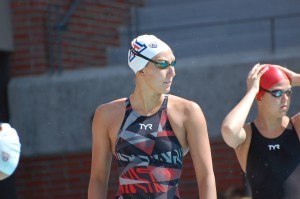 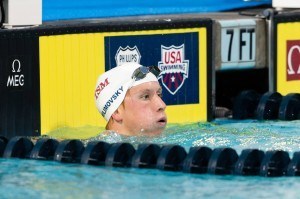 Jordan Wilimovsky (above) took the top seed for finals of the men’s 1500 by almost ten seconds tonight.

Friday nights finals at the Los Angeles Invitational was a tune up for many of the swimmers on the U.S. World Championships Team roster. Prelims set up an exciting race in the 100 free between Margo Geer and Simone Manuel for the women, while Nathan Adrian squared off with Vlad Morozov, Nikita Lobintsev, and USA teammate Conor Dwyer. Day 2 Finals highlights:

The finals of the women’s 800 free was a runaway for Haley Anderson. In her home pool, Anderson won by over 16 seconds, touching at 8:37.48. Anderson will be swimming the 5k and 10k open water events for Team USA in Kazan.

Friday morning prelims saw Arizona’s Pac-12 woman of the year Margo Geer put on impressive performance in the 100 free, dipping under 54 for the first time in 53.95.

In finals, Simone Manuel stepped up to challenge for the win. Geer and Manuel rocketed ahead of the field, with the Stanford sophomore claiming 1st place in a time of 54.26. Geer was 2nd in a respectable 54.55.

Geer and Manuel are the 1st and 3rd fastest Americans this year as they prepare for the World Championships in Kazan. Natalie Coughlin sits in between them with a 54.18 from Arena Pro Swim Mesa.

University of California’s Camille Cheng was 3rd in 55.76. Her teammate Farida Osman was close behind, finishing in 56.08 for 4th.

Lobintsev, who broke 49 this morning, added a couple tenths to his prelim time. His 49.18 was good enough for 3rd.

U.S. Olympic gold medalists Conor Dwyer and Matt Grevers were 5th and 7th in the final. Dwyer came in at 49.40, while Tucson Ford’s Grevers clocked a 50.72.

AZOT’s Sonia Wang came in behind Eastin to grab 2nd in 2:12.50. With that, she knocked a tenth off her previous best time coming into the meet.

Sophomore Justin Lynch tried to take advantage of the back half. He made a charge on the 2nd 100, finishing within a second of Shields in 1:58.22. He was well ahead of 3rd place finisher Adam Hinshaw.

AZOT’s Corey Okubo, who represents Princeton in the college season, was a tenth behind in 2:01.54

American Record holder and NCAA champion Ryan Murphy destroyed the field in the men’s 200 back. Murphy, who will head to Kazan with Team USA this summer, clocked in at 1:56.65. That’s just over a half second off his best of 1:55.99.

Behind Murphy, Thomas Smith earned a 2nd place finish. The 18 year old from AZOT swam a 2:02.01 for a new personal best.

Maya Dirado put on a sub 4:40 performance in the women’s 400 I.M., crushing the field by over 6 seconds. Her 4:39.93 is in preparation for the World Championships, where she’ll represent the United States in both of the I.M. events.

All-American Kelly Naze from UC Berkeley swam this event in 4:50.79 to finish 4th.

Golden West Swim Club’s men were 2nd and 3rd in this event as well. The A team finished 2nd, as their fastest swimmer Chadd Maurer lead off with a 53.75.

Golden West Swim Club’s B team went back and forth with Buenaventura Swim Club in a race for 3rd. Dylan Nelson lead off for Golden West to give his teammates an edge in 55.48. Stewart Harrison answered back quickly in 52.85 to give Buenaventura a lead by almost a second.

What about the team relays?

Murphy is ready by a big performance in the 200 back in his first international meet. It would be nice if he could get a chance to swim the 100 back too in a relay.

Bobo- no argument here. I think he would do very well on the relay. But I don’t think the coaches will put him on it. Plummer for prelims, Grevers for finals is most likely. Ryan will get his shot soon. Hopefully in Rio

I’ve just said “if”.
If Grevers disappoints. Which is rarely the case in the big meets in the last 4 years.
If Plummer disappoints.
I agree it’s unlikely all of that happens but we never know….
Anyway, Ryan Murphy’s reign in the 100 back is coming soon.