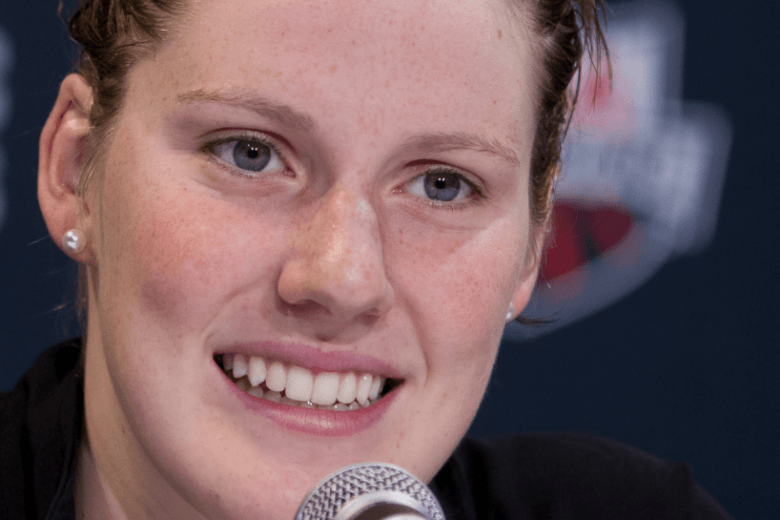 American high school swim star Missy Franklin dominated the women’s 100 free in finals just as she did in prelims, winning in 54.68 – a very good time for this early in the year. This is the second-straight season in which Franklin has been very quick (54-mid) at this season-opening Austin Grand Prix, showing that even with the distractions of her senior year of high school and the post Olympic hoopla, she’s still finding focus to do the work that she needs to do in the pool.

16-year old Simone Manuel took 2nd in 55.52, followed by SMU swimmer Nathalie Lindborg in 56.16. Both Manuel and Lindborg took the race out very fast (this is something that the latter commonly does), but it was the much younger American who held on for a runner-up finish. Lindborg’s teammate, Isabella Arcila, was 4th in 56.48; with three in the top six of this race, it’s clear why SMU is so confident headed into this year’s Championship season that they’ll be able to match or even improve-upon their impressive 16th place finish at NCAA’s last year.

Missy was 4th with a PB, but it was Chloe Sutton’s win. Sutton has said many times in the past at mid-season meets that her goal is to negative split these middle-distance races. She did it in prelims, and though there was no public declaration of her intent this time, she very nearly did it in the final as she took a good win in 4:09.35. Her splits ran 2:04.5-2:04.8, very nearly hitting it even in each direction. With women’s middle distance swimming taking a big leap forward in the last two years, it’s now more the norm than the exception to see swimmers going under 4:10 unrested in this event; impressive considering that as recently as 2007, only three American women, period, were under that barrier.

where are you getting the 46 from

She is something special and great poise. One of those things you have to learn is to be able to swim without your coach, something many have to accomplish.