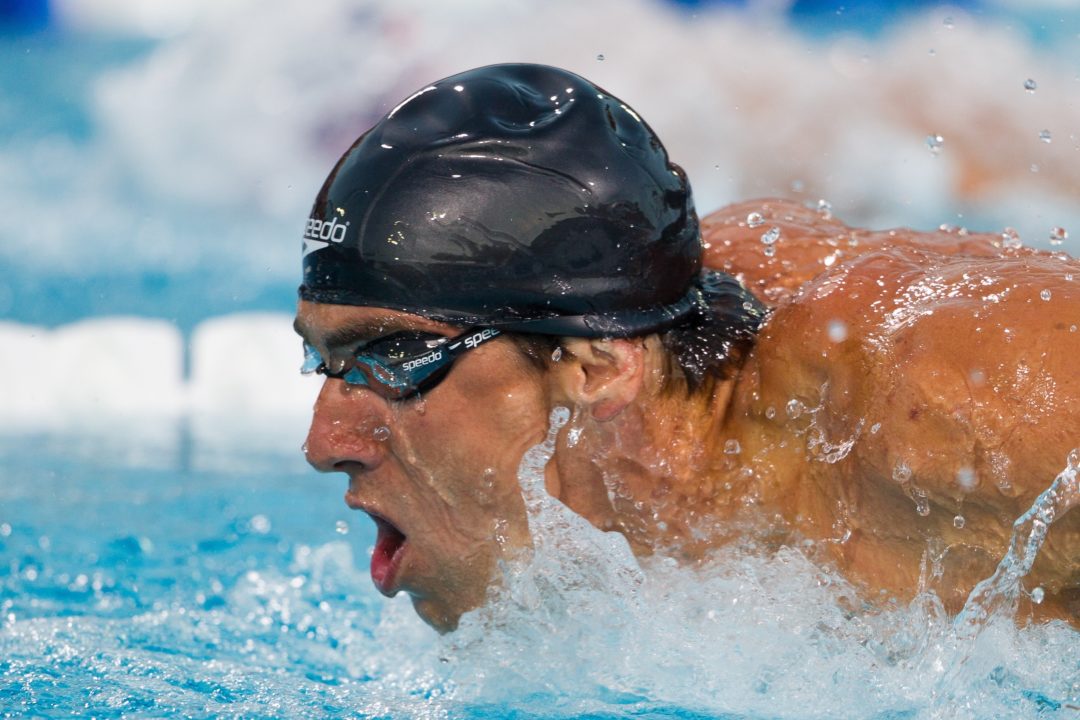 Michael Phelps and Missy Franklin are up against stiff competition for the 2013 Teen Choice Awards for Athlete of the Year. (Photo: Tim Binning/TheSwimPictures.com)

It’s been 10 months since Missy Franklin and Michael Phelps’ 2012 run at the U.S. Olympic Trials and London Olympic Games, but the accolades keep coming.

The nominations for the 2013 Teen Choice Awards, the annual award show aired on Fox that caters to the generation after Nickelodeon’s Kids Choice Awards., were announced today on the blog justjared.com, and both Phelps and Franklin were nominated for their respective Athlete of the Year awards.

The two combined for 11 total medals, 8 of them gold, and were stars 1a and 1b of the swimming part of the Olympics, if not the entire Games.

Winners receive custom-made surfboards (that cost over $800 each to manufacture), and the honors are voted for online on TeenChoiceAwards.com. The pair are the first nominees for swimming since Phelps was a finalist for the 2009 award that eventually went to soccer player David Beckham.

One would have to like Franklin’s chances for the award, especially given that she was featured on an episode of Pretty Little Liars, which hits at the heart of the teen demographic. She will face stiff competition from the likes of Gabby Douglas, the Olympic gymnastics all-around champion, and Alex Morgan, a member of the gold-medal-winning U.S. women’s soccer team.

In the men’s category, Phelps will again be up against Beckham – winner of 5 of the last 7 awards in this category – as well as NBA superstar LeBron James, who is coming off of his first league title and an Olympic gold medal in 2012. He will have the boost of the heart of the NBA Playoffs falling during the voting period, which could be a boost to his voting as long as his team the Miami Heat continue to win.

David Beckham???? Teens, please, be serious!
And Danica Patrick???? I know her but she looks like another marketing product in the footsteps of Justin Bieber.
Teens, please, reward someone for the talent and for the accomplishments and not for the buzz and the image.
GIrls : Serena, Missy and Gabby were clearly fantastic last year.
Boys : MP and LeBron have dominated.

Demi Lovato, Miley Cyrus, Selena Gomez, Britney Spears, Lindsay Lohan, and even Amanda Bynes are not role models. You should consider sports icons but NOT Hollywood celebrities. I know Michael Phelps had made a mistake in the past. Mary Lou Retton is one of the best role models in the world.