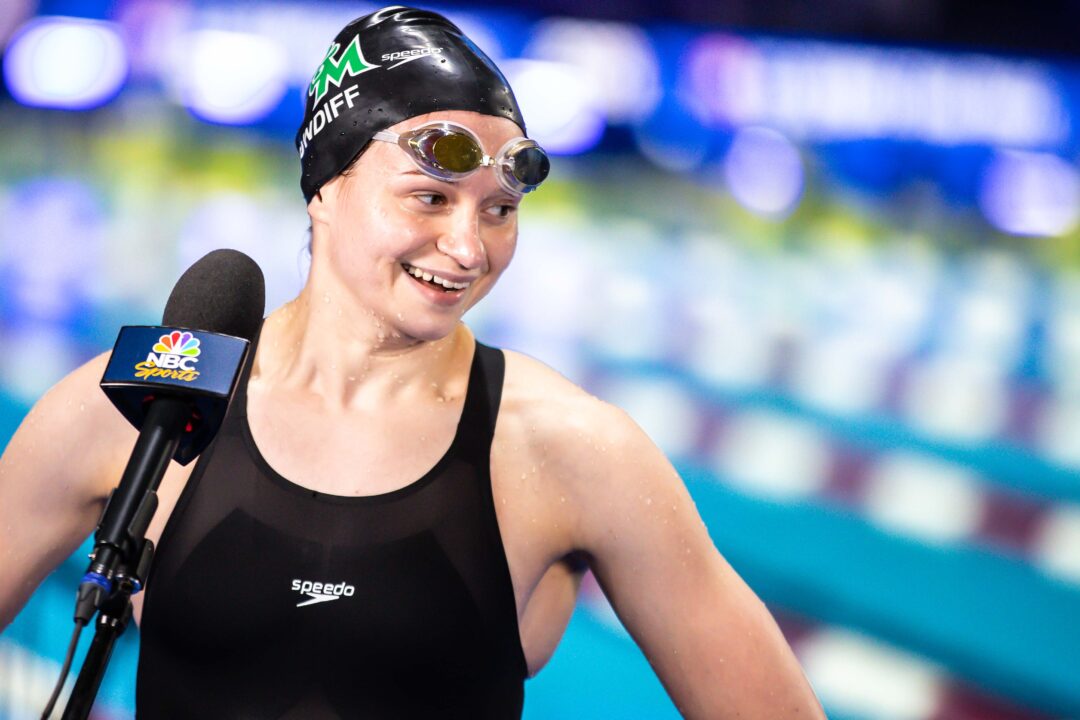 Missy Cundiff expressed that she had few expectations coming into the meet, and certainly didn't see herself jumping 45 spots in the psych sheet Current photo via Jack Spitser/Spitser Photography

Shortly after our first 9-swimmer final of the meet, we had another unique final. The women’s 50 free gave us our first tie for 2nd-place, with both NCAP’s Camille Spink and STAC’s Anna Moesch touching in 25.54. In the event of a tie for 2nd, both swimmers advance to Wave II, so Spink and Moesch will be advancing along with winner Missy Cundiff.

Spink’s swim was a personal best, just a touch faster than she was this morning. The 16-year-old is now #24 all-time in the 15-16 girls 50 free rankings. Both Cundiff and Moesch were personal bests as well, and all 3 women were under the Wave II standard.

Time for a new rap song!

Congratulations Missy! Your Tribe is so proud of you! Best of luck at the wave II meet!

Missy Cundiff is one of the best humans I’ve ever met. Lil’ Mizzy is a model student-athlete — a great swimmer who is incredibly bright and whose conduct is driven by her values. From making Junior Nationals the first time as a senior in HS to a Wave II participant! So happy for her!

This is the reason mid-major swimming matters. This is why places like William & Mary are critical to our sport. This is yet another example of why the decision to cut swimming at W&M was short-sighted, ill-conceived, and demonstrated no understanding of the spirit and ethos of Tribe Swimming (and so many places like it). You need us to fundraise? No problem, we got that. But… Read more »

I’m sure I wasn’t the only one rooting for her and the Tribe last night!

I think there were a lot of us! Go Tribe!!