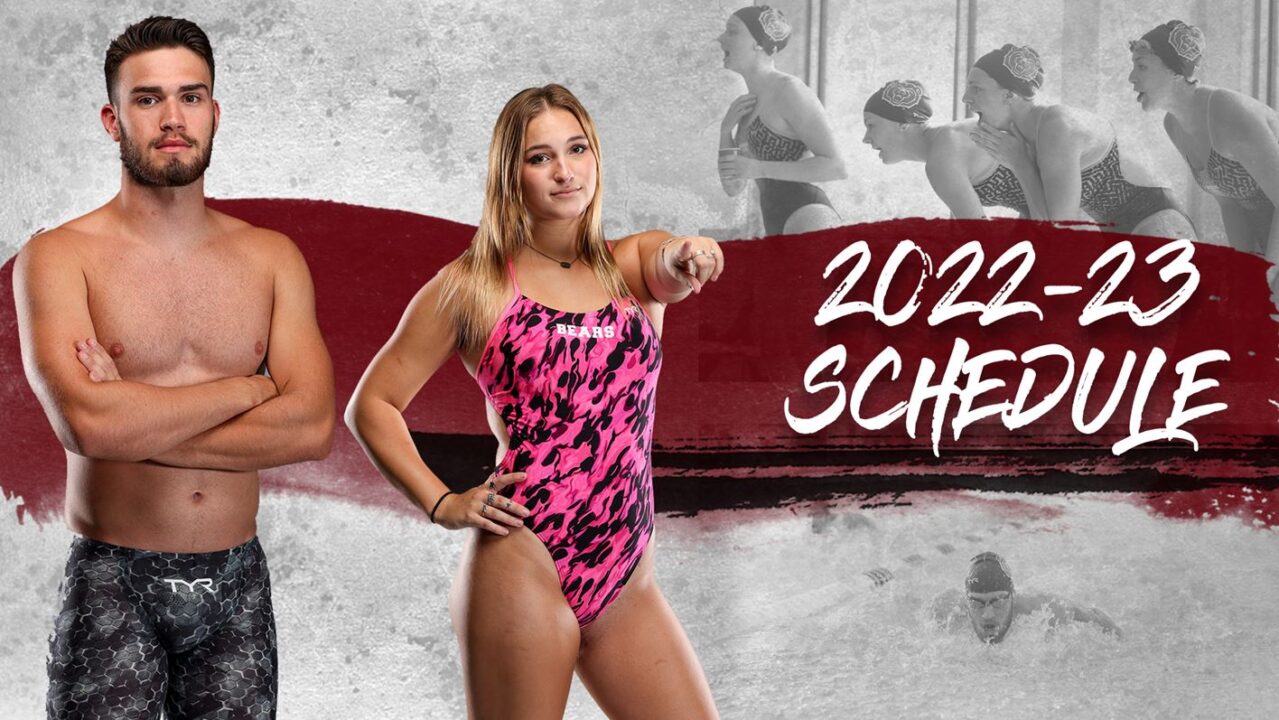 The MSU women have claimed six straight Missouri Valley Conference titles, while the men's squad is coming off a third-place showing at the 2022 MAC meet. Current photo via Missouri State Athletics

The Alabama women return every single points scorer and relay member from the 2022 NCAA Championships for this upcoming season.

“We are really looking forward to the coming season now that the schedule is set,” said Collins, who begins his 12th season at the helm. “We will have a lot of new faces on the roster this year so taking advantage of every competition opportunity will be very important as we look toward the MVC and MAC Championships.”

The Bears will open the campaign on Friday, Oct. 7 with a home meet against in-state foe Lindenwood, a newcomer to the NCAA Division I ranks this season. The meet will televised on ESPN3/ESPN+ as the first of two home events for the MSU men and women.

The following week, the teams host cross-town Drury University with a “senior day” meet on Oct. 14.

The team is on the road for the remainder of the season, including a new MVC Showcase event, which will have all Missouri Valley Conference teams competing in the same meet format at two different sites. The Bears will compete in Carbondale along with SIU, Evansville and Little Rock.

The month of November includes two trips to Indiana for a double-dual against Indiana State and Miami (Ohio) on Nov. 4-5, followed by the premier mid-season meet at the Purdue Invitational, Nov. 16-18. The meet in Terre Haute will match the Missouri State men against the defending MAC champions in a dual for the first time.

The Bears conclude the calendar year on Dec. 3 at Missouri, then participate in three meets in January, the first of which will take place on Jan. 14 at the new Deaconess Aquatic Center in Evansville against the host Aces, Bellarmine and Valley newcomer UIC. January also includes a return dual at Drury (Jan. 20) and men’s dual at TCU (Jan. 28).

The seasons culminate at the MVC Women’s Championship in Iowa City, Iowa, Feb. 15-18; and the men’s conference meet March 1-4 at the MAC Championship.

“When building the schedule for this year we wanted a mixture of different meet formats with some new teams we have not seen as often,” Collins explained. “We also wanted to create as many back-to-back competition dates as possible to simulate the demands of championship meets.”

The Missouri State women’s program has claimed six straight Missouri Valley Conference titles, while the men’s squad is coming off a third-place showing at the 2022 MAC meet.