Miami Set To Compete Against Akron, Buffalo And Toledo 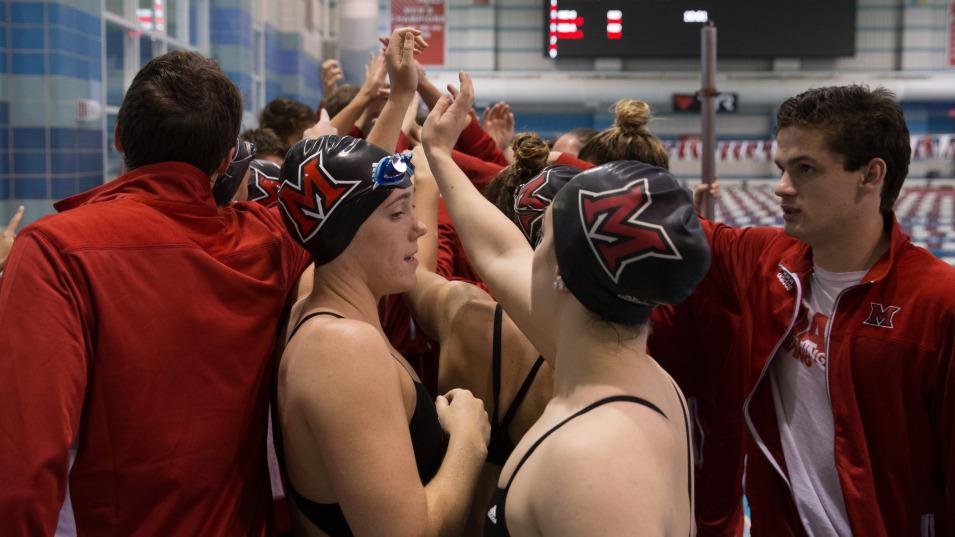 Miami University swim and dive will compete on Friday, Saturday and Sunday this week. On Friday, the women will take... Current photo via Miami (OH) Athletics

Miami University swim and dive will compete on Friday, Saturday and Sunday this week. On Friday, the women will take on the defending MAC champions, Akron at home at 3:30 p.m. Saturday will feature Buffalo coming to Oxford to take on the Miami men at noon. On Sunday, the RedHawk women will travel to Toledo to compete against the Rockets at 1 p.m.

Last Wednesday, the men and women split their meet against Cincinnati. The women took the victory, narrowly escaping with a 153-145 win. The men fell to the Bearcats by a score of 195-105.

The diving squads for the men and women excelled in the meet. Jenna Karrow and Taylor LeCount both picked up a win and second-place finish for themselves. In the one-meter dive, Karrow placed first (254.35) and LeCount placed second (242.55). The three-meter dive was flipped, with LeCount in first (243.05) and Karrow in second (238.90).

Akron Women- The Zips have won the past three MAC championships and come into this matchup with a 2-1 dual meet record. They defeated Ball State and Toledo, but fell to Buffalo. Akron also won the Magnus Cup Invitational and Zippy Invitational earlier this season.

Buffalo Men- The Bulls have a 1-1 dual meet record after defeating Niagara and losing to Pittsburgh. They also competed in a non-scoring meet against Cornell and finished third in the Zippy Invitational.

Toledo Women- The Rockets have an 0-5 dual meet record and have fallen to Akron, Ohio State, Duquesne, Eastern Michigan and Bowling Green. They also finished fifth in the Zippy Invitational.