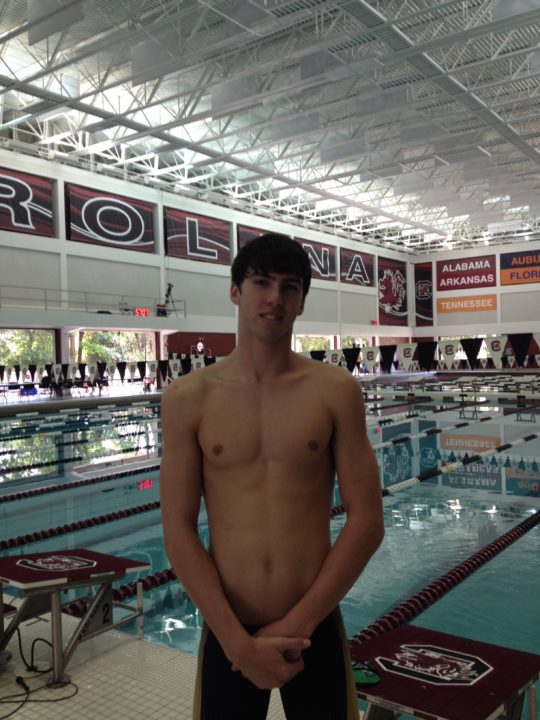 Matthew Adams has verbally committed to the University of Alabama. Archive photo via Jackson Carter

Matthew Adams, who exploded earlier this month at the South Carolina High School League State Championship meet, has verbally committed to Alabama: giving the Crimson Tide their top (public) recruit in the class of 2014 so far.

Adams won four events at the 3A State Championship meet, including breaking a pair of State Records in his individual swims. Those swims were a 1:50.78 in the 200 IM and a 45.32 in the 100 free.

Those are his only Junior National cuts in short course, but given that he whacked four seconds off of his best 200 IM so early in the season, he’ll probably be under 50 in the 100 back and 100 fly by the time the South Carolina Short Course State Championships – club style – roll around in February.

After placing second-to-last in the 800 free relay last year at SEC’s despite having one of the conference’s best in BJ Hornikel, Alabama graduated half of their 800 free relay, and will lose Hornikel after this relay. Adams could be the block around which Alabama rebuilds that relay next fall.

Congratulations Matthew. Welcome to BAMA swimming and diving. May God bless you and those you love. Roll Tide.