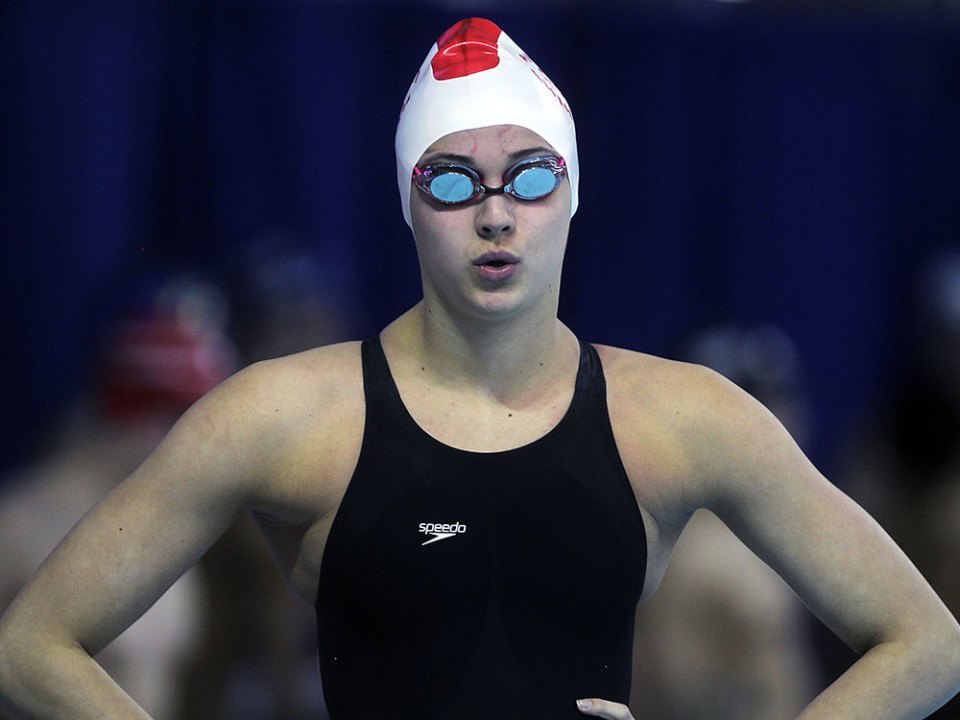 With that, she took .02 off the former World Record of 58.12 set by Great Britain's Gemma Spofforth at the 2009 World Championships. Archive photo via (Photo: Dan Janisse/Windsor Star)

After coming extremely close in the semifinals, Candian backstroke star Kylie Masse took down the World Record in tonight’s women’s 100 back final. Masse surged through the back half to finish in 58.10, taking down Olympic silver medalist Kathleen Baker (58.58) of the USA and 2015 World Champion Emily Seebohm (58.59) of Australia.

Masse took it out in 28.51 and trailed both Baker and Seebohm through the halfway point, but she blew by them with a 29.59 closing split. With that, she took .02 off the former World Record of 58.12 set by Great Britain’s Gemma Spofforth at the 2009 World Championships.

And to think that only 2 years ago, she was 3rd in Canada and 200th in the world.