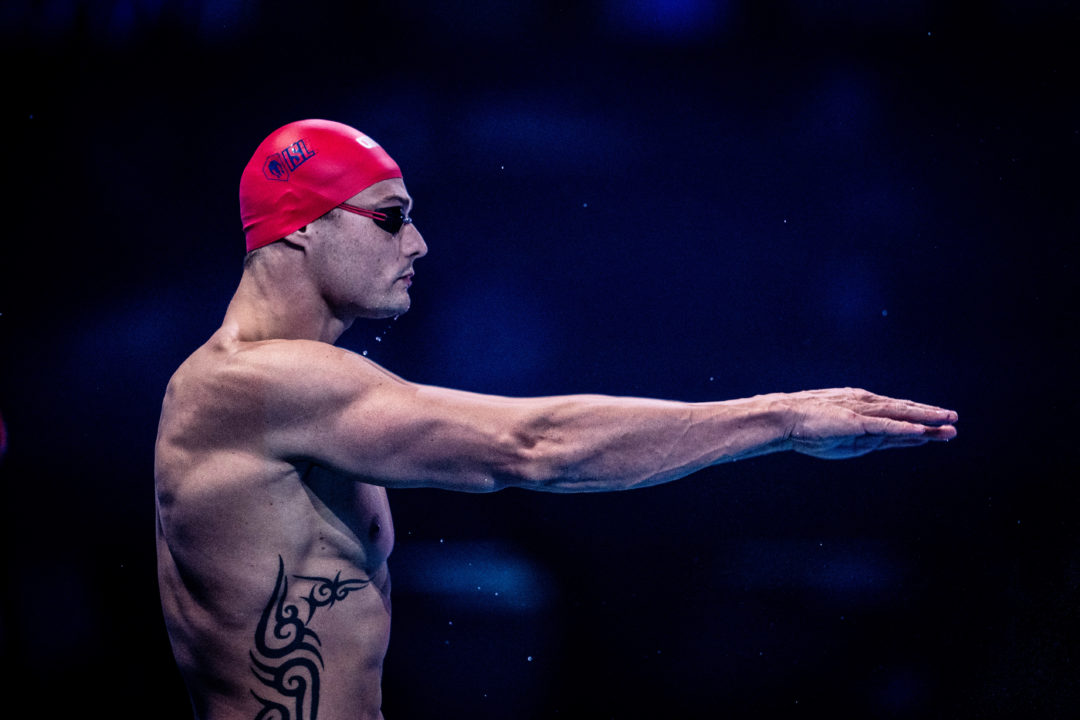 Manaudou, who leads the world rankings this season with a 21.73, went 22.34 to out-touch Maxime Grousset (22.36).  Current photo via Mine Kasapoglu for ISL

After losing the 100 and getting edged in the 50 this morning, French Olympic champion Florent Manaudou had the better race in the 50 free final tonight. Manaudou, who leads the world rankings this season with a 21.73, went 22.34 to out-touch Maxime Grousset (22.36).

Tying for third were France’s Clement Mignon (22.79) and the Netherlands’ Thom de Boer (22.79)– de Boer is ranked second in the world behind Manaudou with a 21.74 from December.

I first read that as Manaudou going 52.2 in the 100 fly. That would have been much more interesting!