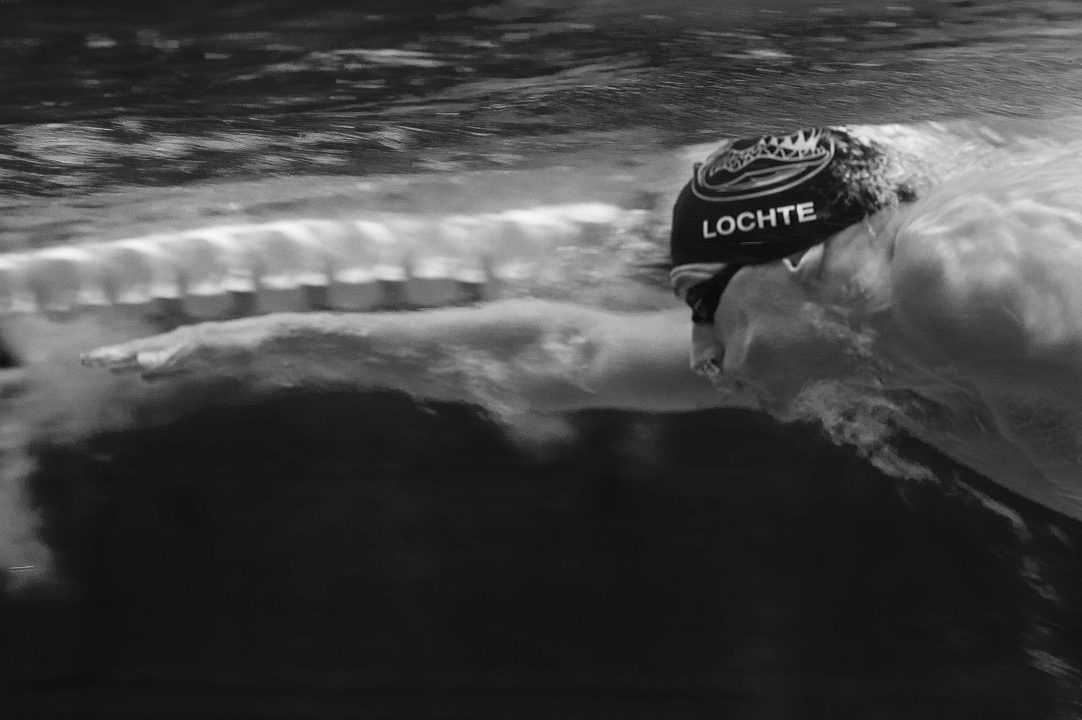 Ryan Lochte bypassed the 400 IM to put more focus on the 100 butterfly and although he finished in a season’s best time of 51.71, which ranks him sixth in the world, he did not have enough to out swim Eugene Godsoe who took the event in a time of 51.66 which is the fourth fastest time in the world this year.

Godsoe’s preliminary time of 52.13 was a lifetime best; having the ability to drop another half second to win the final was very impressive.

He’s part of a relatively new postgrad training group at Stanford that is being coached by a combination of Stanford men’s collegiate coaches Ted Knapp and Scott Armstrong and Palo Alto-Stanfor Aquatics’ Tony Batis. This is a group that’s unlikely to grow as large as the one down the coast at USC, but after the successes of Godsoe and training partner BJ Johnson, they could have some folks knocking on their doors in the near future.

Tim Phillips, who led at the 50, finished third in a time of 51.86. He’s back at SwimMAC training for the summer, much as he did in the run-up to the Olympic Trials last year.

The defending champion Tyler McGill recovered from a strange poolside post-prelims funk, but was unable to make the team this year and defend his Worlds bronze medal from 2011. This was his last opportunity to make the team.

There was significant action in the B final of the men’s 100 butterfly where Justin Lynch posted a time of 52.75, 24 one-hundredths of a second faster than his morning swim and 23 one-hundreths of a second better that Michael Phelps 15-16 NAG record of 52.98 which was set in 2001.

Awesome…. I’m not a sprinter, I just fake it….. hehehehe

If he was a pure sprinter , he would be very tought to beat .

He is such an incredible all around versatile swimmer , learning and learning more on Butterfly .