Grevers Wants 51 Second 100 Back, but Not This Year, Video Interview 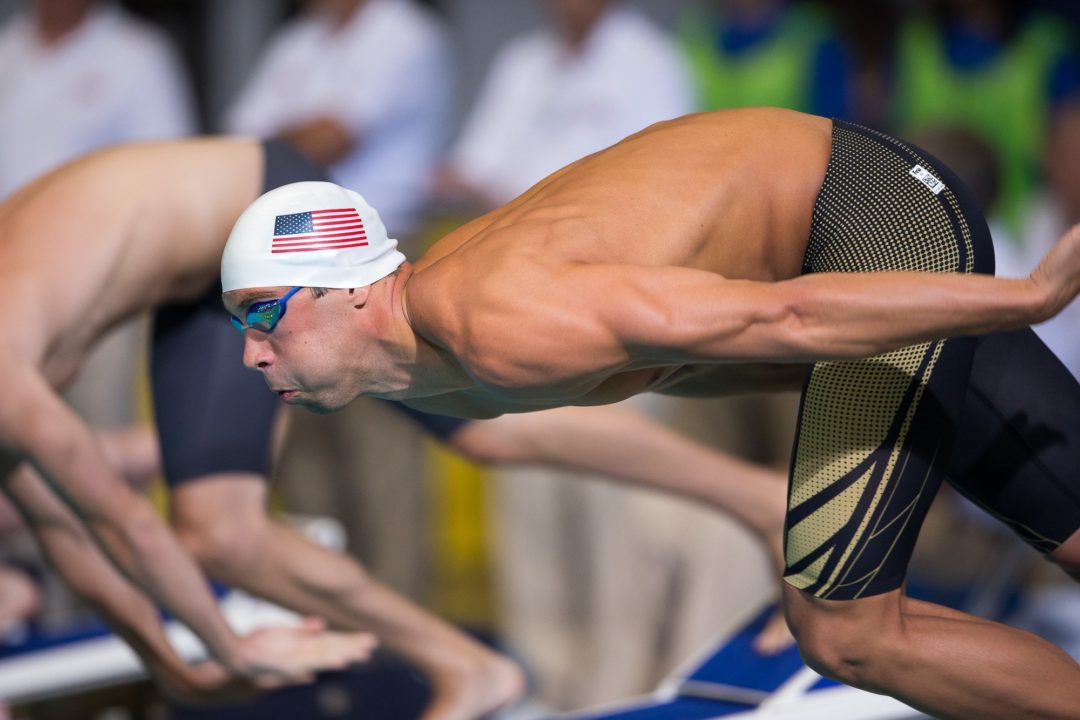 David Plummer won the 50 backstroke in 24.52 and set the third U.S. Open Record of the evening, surpassing Ben Hesen’s 2008 50 backstroke mark of 24.71. Plummer’s time is the top time done in the world so far this year, and he was followed by Matt Grevers in 24.77 (also under the old Meet Record).

Grevers’ last chance at ensuring himself a spot on the World Championships will come in the 100 backstroke on Friday. With Plummer winning the 50 though, and Eugene Godsoe having the meet-of-his-life so far, Grevers will really have to press through that final to feel comfortable. Keep in mind that his 6th-place finish in the 100 free as a relay alternate, though at the moment it looks pretty good, is last in the pecking order as the Americans fill up their 26-man roster.

Shane Ryan finished third in a time of 24.89. He, along with his teammate Nate Savoy who finished 10th overall, are the two biggest weapons on the men’s team for the new Penn State coaching staff that will take over next year.

Grevers, Plummer or Murphy tonight for 2 spots only . Teduits could challenge as well .

Gutsy swim by Murphy! He is really gunning for a spot. 52.9 this evening out of someone??..