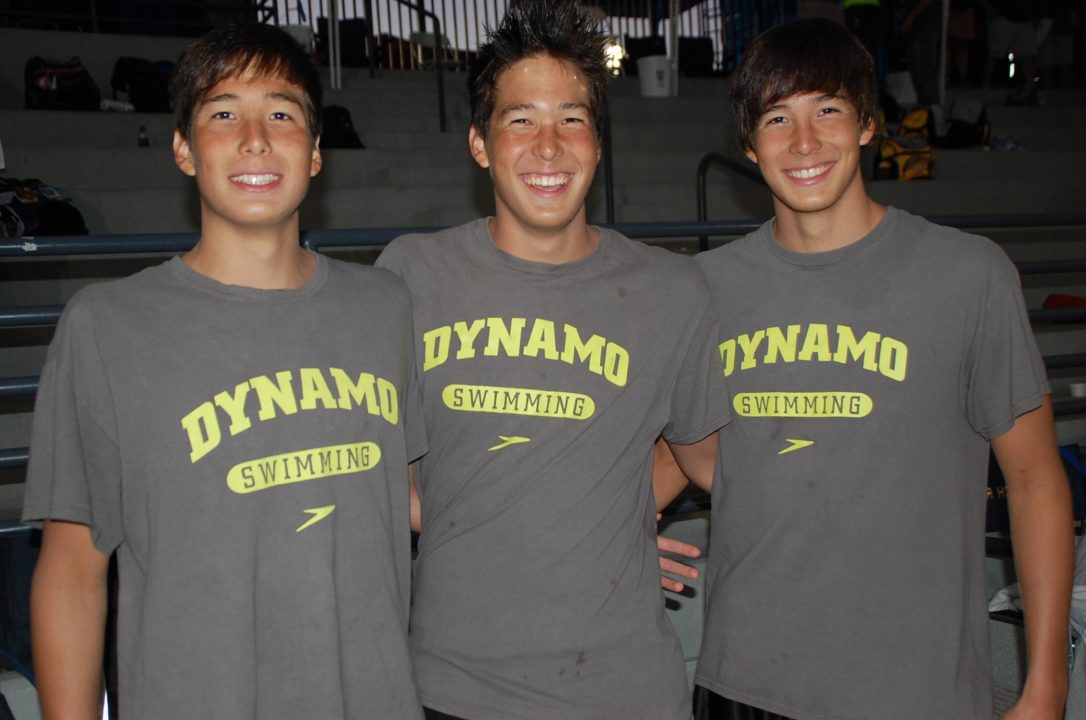 Jay, Kevin, and Mick Litherland will all swim at the University of Georgia beginning in the fall of 2014. photo via Anne Lepesant

The Litherland triplets, Jay Litherland, Mick Litherland, and Kevin Litherland, from the Dynamo Swim Club and Chattahoochee High School have all verbally committed to the University of Georgia.

All three are generally pretty good middle-distance freestylers, though all three have slight specialties. They did, however, combine with teammate, and fellow senior, Gunnar Bentz to win the 800 free relay at Junior Nationals.

Jay Litherland has done the most during his junior year of high school. He was 3rd at the summer Junior National Championships in the 400 meter IM to qualify for the United States’ Junior World Championship team; there he earned a bronze medal as a prelims swimmer on the 800 free relay, and also finished 6th individually in the 400 meter IM with a 4:19.

That 400 IM time puts him just about three seconds off of what it might take to score at NCAA’s as a freshman, keeping in mind that Georgia has won that event twice in the last few seasons.

The trio were all born in Japan; their father is a New Zealand-born chef, and their mother is Japanese. Though they moved here at three years old, they just became citizens this past summer, which allowed Jay to represent the United States at the Junior World Championships.

Now Georgia will have FOUR sibling combinations for next year. Crazy.

Used to love watching these young men swim when they were 8 or 9 in Florida. So glad they stayed in the water. They are all incredibly talented.

LCM times reveal even more of the story: