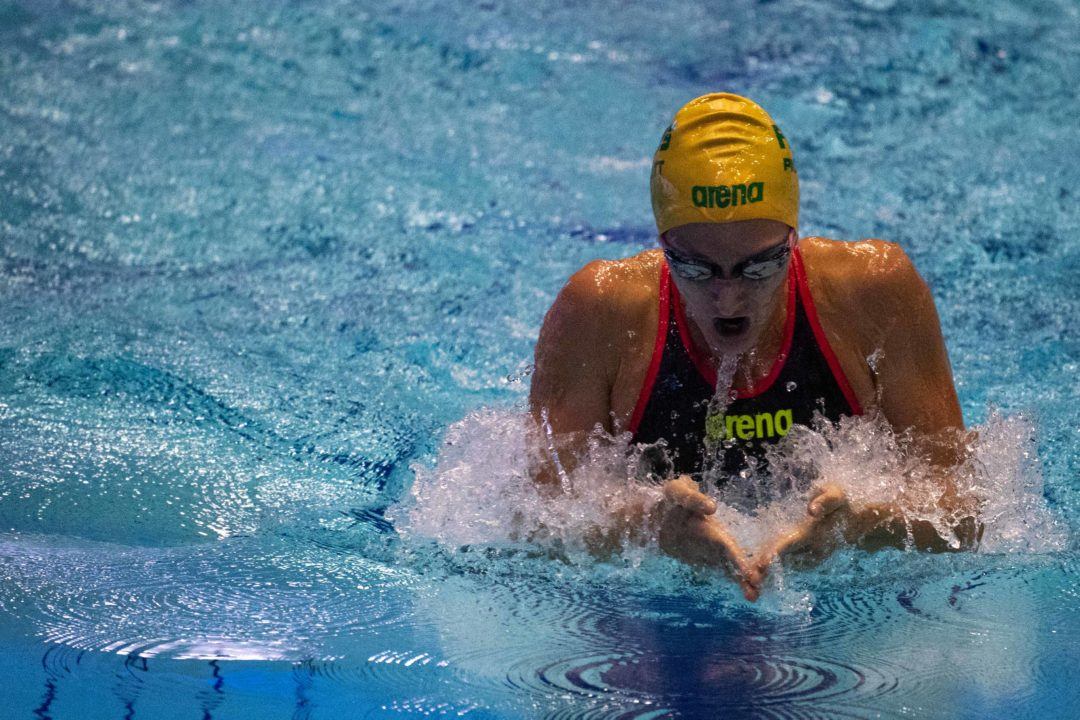 2008-2012 Texas alum Leah Gingrich has signed With the DC Trident for the second season of the International Swimming League. After the squad lost 11 women from season one, Gingrich’s addition now brings the incoming female squad to ten swimmers. Both men’s and women’s rosters now have 16 swimmers each, the maximum number of swimmers allowed for each roster.

GM Kaitlin Sandeno has also confirmed that Aussies Leiston Pickett and Tristan Hollard will be participating in season two of the ISL. The Australian government’s pandemic travel restrictions put a hold on many Aussie swimmers’ plans to compete in the second season of the ISL. A day after the government’s release, the London Roar announced that all of their Aussie swimmers withdrew from season two.

Despite these travel restrictions, SwimSwam learned yesterday that at least four Aussie athletes plan to participate in ISL season two.

Leiston Pickett, a breaststroke specialist, swam to a 4th-place finish in the 50 breast at ISL Indy, her best finish of her debut season. Male counterpart Tristan Hollard saw two 3rd-place finishes in the 100 back during his ISL debut season, including at the ISL American Derby in Washington DC.

Before her collegiate career at Texas, Leah Gingrich was a six-time Pennsylvania high school champion and five-time US National finalist in the distance free events. At the 2008 U.S. Olympic Trials, before the start of her collegiate career, Gingrich made it to the finals of the 800 free and 200 fly.

Gingrich then swam for the Texas Longhorns from 2008-2012, where she earned two All-American honors, four honorable mention All-American honors, and six Big 12 event titles. At the 2009 NCAA Championships, Gingrich was a member of the 3rd-place 800 free relay as well as placing 8th in the 200 fly final.

After taking six years off from competition, Gingrich began her swimming comeback in the summer of 2018, focusing on the fly events. A few months after her comeback, Gingrich swam a 53.21 lifetime best in the 100 yard fly at the age of 28. Her improvements continued when she put up her LCM 200 fly lifetime best of 2:09.84 at the 2019 US Nationals, placing 11th overall. Fast forward to the 2020 Pro Swim Series – Des Moines, Gingrich swam her current LCM 100 fly best of 59.30.

Gingrich will be essential to the Trident in the 200 fly with the loss of Aussie flyer Brianna Throssell and provide relief to IM/BR specialist Bethany Galat, who often swam the non-disciplinary event. Her converted best of 2:07.04 would have placed 4th at the ISL American Derby final. The sprint fly events were primarily covered by fellow flyer Remedy Rule and sprinter Ting Wen Quah during season one. Gingrich’s converted LCM 100 fly best of 57.89 would have placed 7th at the American Derby, besting both Rule and Quah’s swims.